SEASONS GREETINGS FROM THE INVISIBLE MAN, THE OFFICIAL SPOKESMAN OF SCOTCH MAGIC TAPE 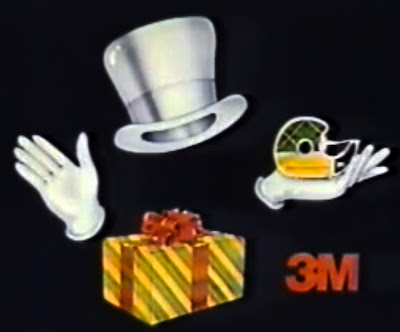 Anyone know who did the voice for the Invisible Man? I haven't been able to figure that one out. I'm wondering if it might be Alan Swift, a voice actor who worked on hundreds of commercials and cartoons. (Hmm...he was the voice of the Invisible Man in the Rankin/Bass classic Mad Monster Party) 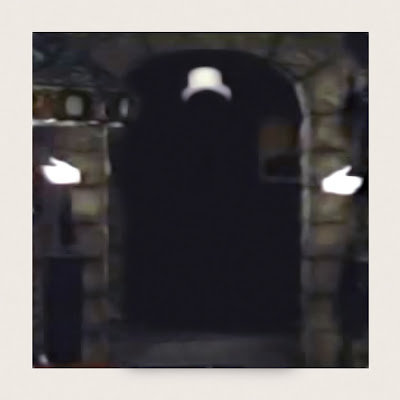 Unbeknownst to me when I was a kid, 3M and Hasbro teamed up for a very cool offer. Kids could order their very own Invisible Man Weeble. I still haven't found evidence of the actual offer either in the form of a newspaper ad, TV commercial or from a Weebles box, but I do have one of the Weebles. 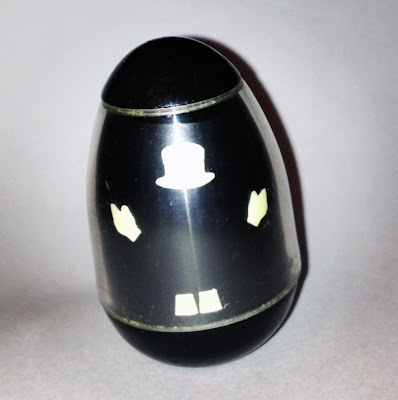 Ooh and it glows in the dark! 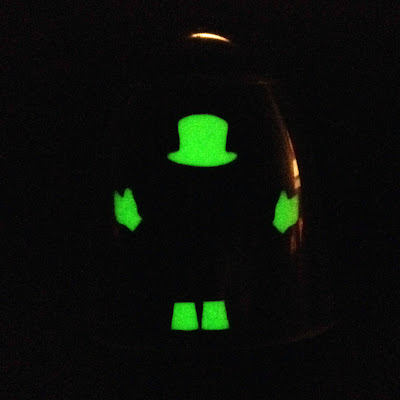 He would fit right at home in the Weebles Haunted House!

The next year in 1978, the Invisible Man promised to make eight families of four disappear and then reappear at Disneyland or Disney World!

At the bottom of the newspaper ad there's an exciting premium offer for an official Invisible Man Magic Trick set! Wow, I've never been able to find one of these and I'm hoping one will magically appear one of these days.

The last item I have to share is a Sunday newspaper ad from 1979 and it's for another sweepstakes. Out of the three I've posted, I think this prize is the coolest. A trip to the Winter Olympics in Lake Placid, NY!!! I hope whoever won this sweepstakes took in a few hockey games!

This Tape-Me-A-Face contest was used a few times by Scotch. Click here to see an example from 1953.

I checked 3M's Scotch website and was disappointed they snubbed poor old Invisible Man in their timeline. Not sure the reason for the omission as he played a big role in the branding of Magic Tape. C'mon 3M! Show a little love for the Invisible Man!!!

If you have any info or memories of the Scotch Magic Tape Invisible Man, please share in the comments below!

And seeing his look again reminds me of DC Comics' villain, The Gentleman Ghost. All that our I.M. is missing is a monocle!

Great post! I had forgotten about the Invisible Man ads! So cool. Love that there was a Weeble!

That has to be the greatest Weeble ever (and there were some great Weebles, so that's saying something!)

I wonder if Dick Cavett got his face on a box of Corn Flakes...Wally and the Beav did.

I was about 4 yrs old when those were on...they scared the crap out of me and I've never forgotten them!