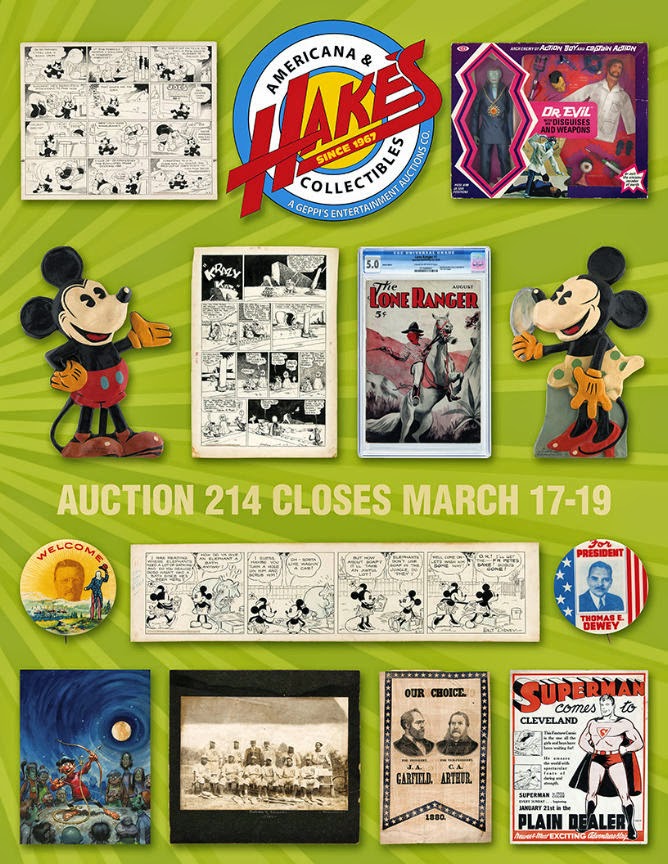 The first auction of 2015 from Hake's Americana & Collectibles is loaded with some amazing items! Thousands of grade-A choice collectibles from Auction #214 are ready for bids. The auction closes on March 17-19. It was difficult to pick only ten items, but here's my top ten list! 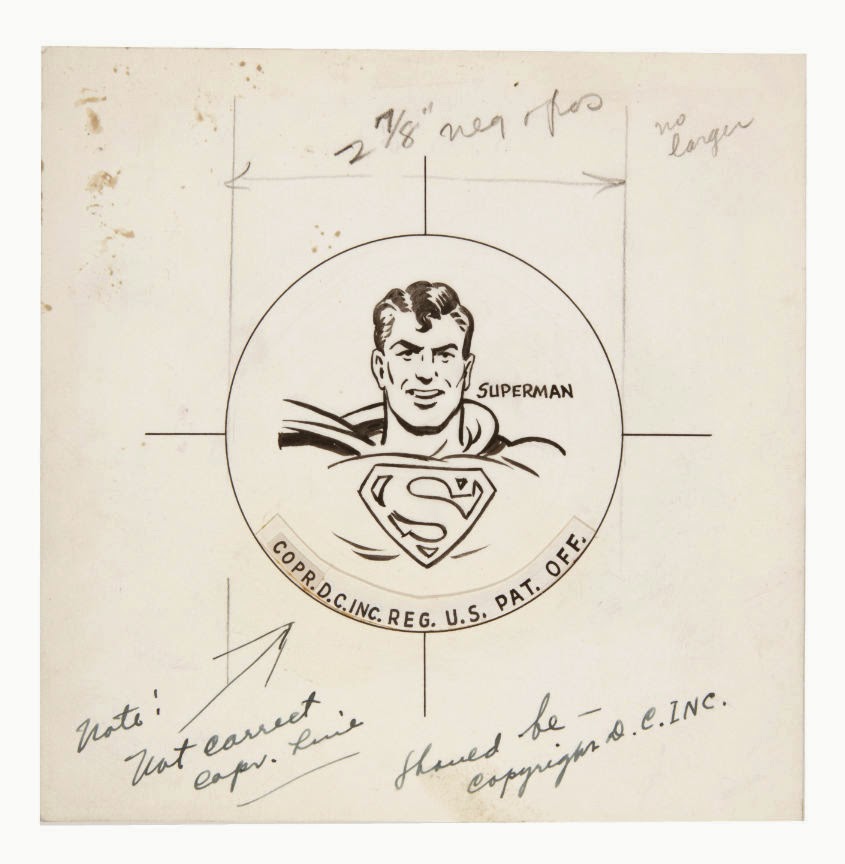 Wow! The original artwork for one of the most famous cereal premiums ever made! Back in the 1940s, Kellogg's added small pinbacks featuring popular comic characters in each box of Pep cereal. Of course the most popular button was Superman and now someone is going to own the original artwork. 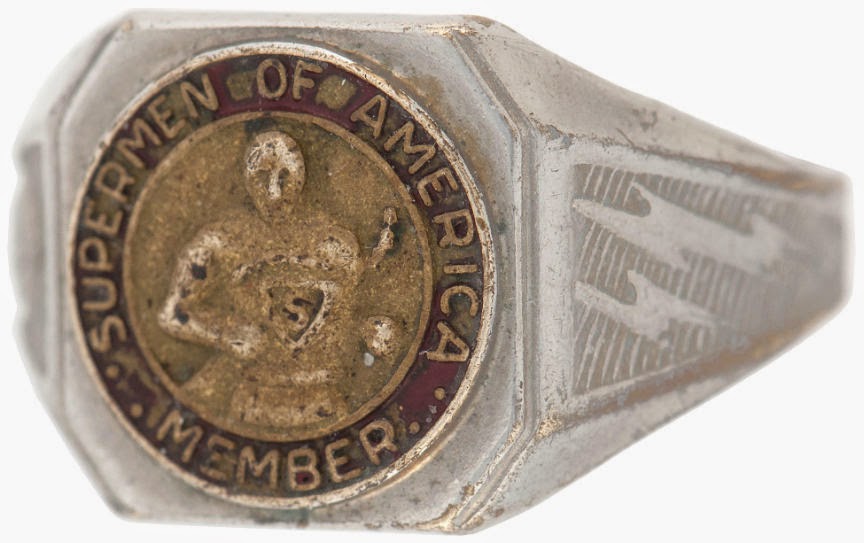 Here's another Superman item and this one is super rare! The ring was a contest prize out of Superman and Action comics back in 1940. Only 1600 lucky kids were awarded Supermen of America rings back then. Today, there's only 22 ring examples known.

Back in the 1960s, bat-crazed kids got to take a ride with Batman in his Batboat at amusement centers across the country. This brings back memories because an arcade close to where I grew up had the Batmobile from this kiddie ride series. It's great to see this one offered in the auction! 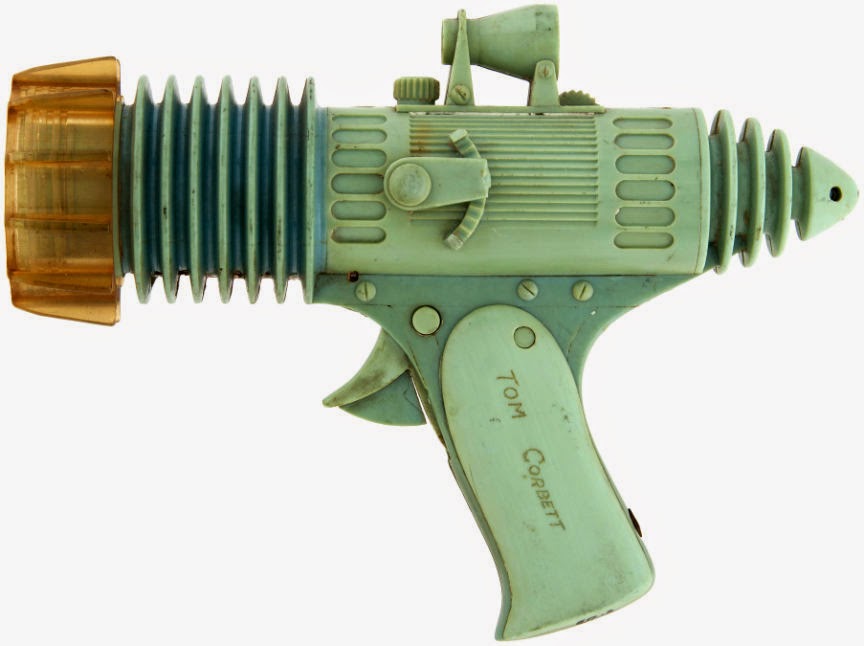 Toy prototypes are special for any kind of toy, but a prototype laser pistol from Tom Corbett Space Cadet is out of this world! Just look how cool this one-of-a-kind piece is. 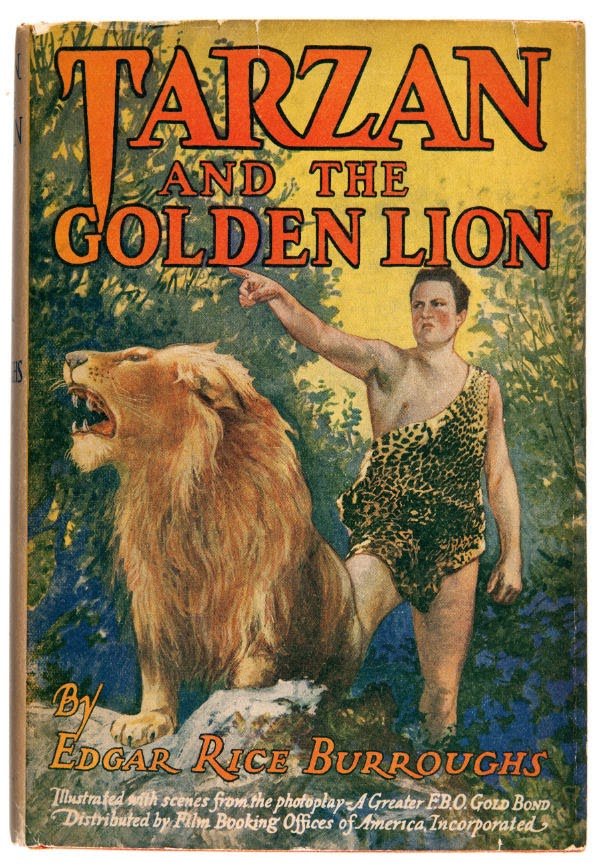 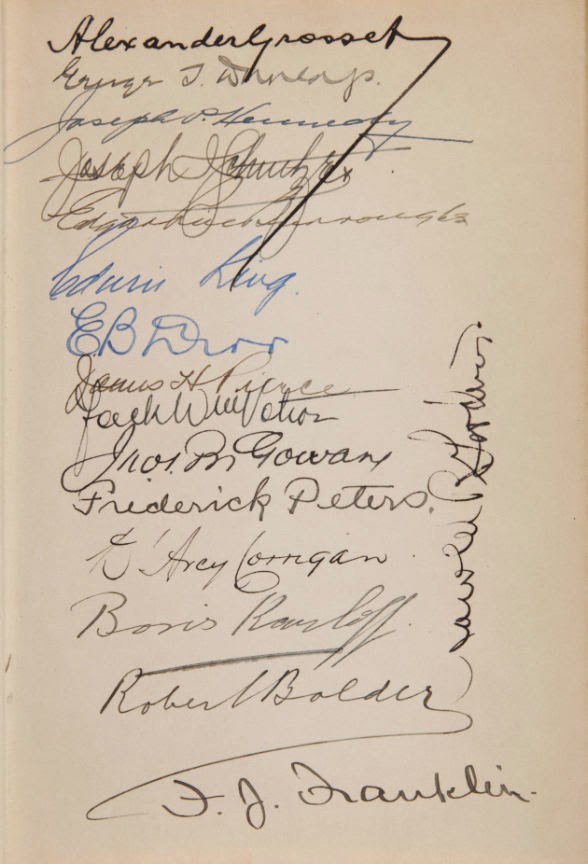 Years ago, I started to collect Tarzan books but eventually sold off the collection. Of course, I never had any signed editions, especially one signed by so many amazing people. Besides being signed by Edgar Rice Burroughs, this one is also signed by Boris Karloff! 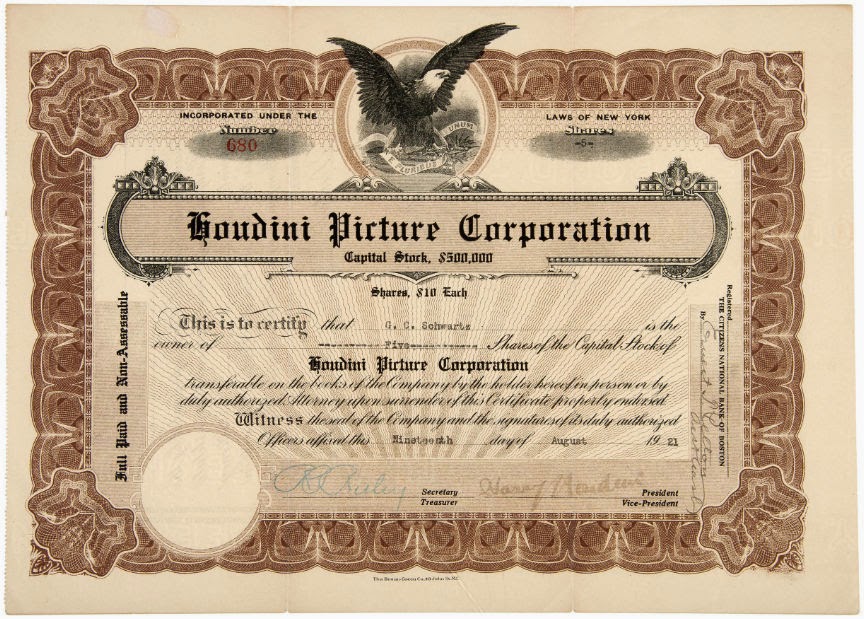 This signed Houdini stock certificate will be an impressive conversation piece on someone's wall. Just looking at the scan of this certificate impresses me! 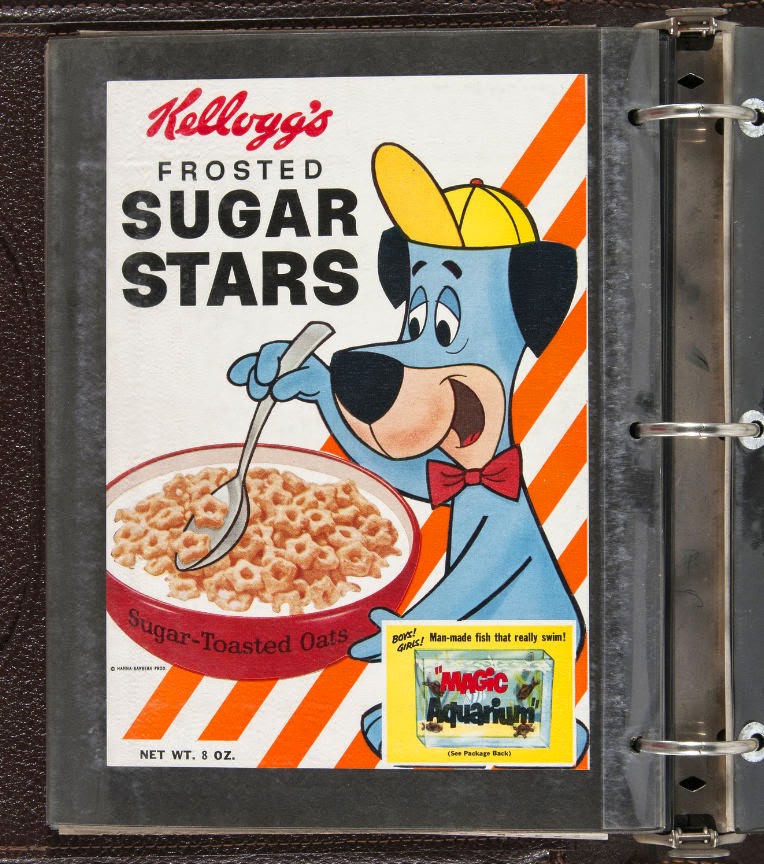 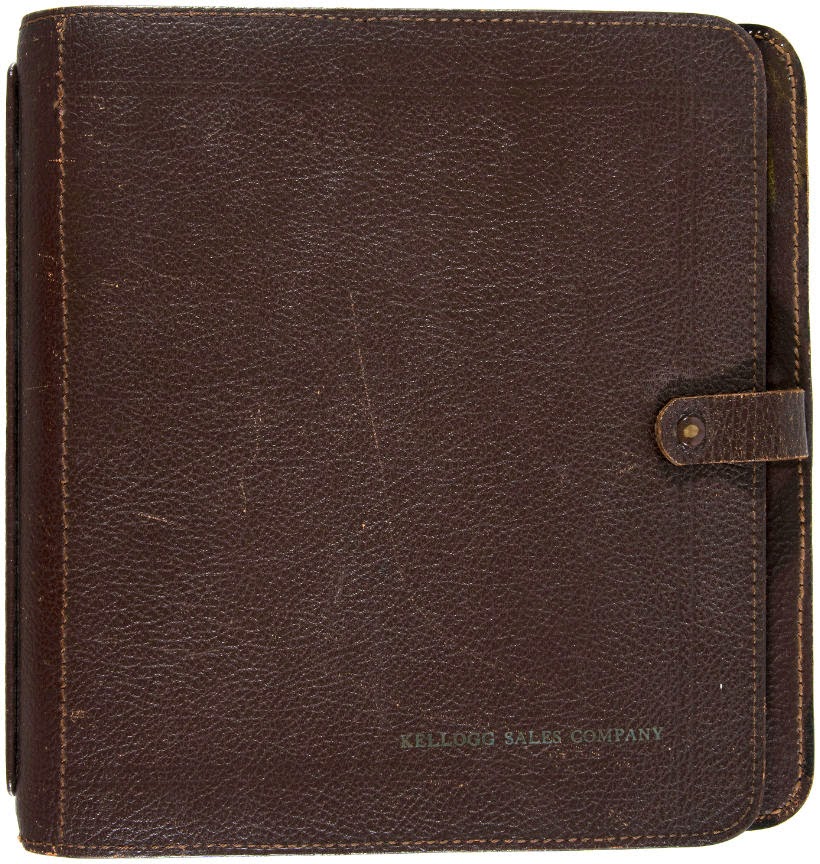 I love old cereal stuff and finding something straight from a Kellogg's salesman is really a special find. This binder is full of box fronts and backs of some of the best boxes Kellogg's offered in the 1960s. 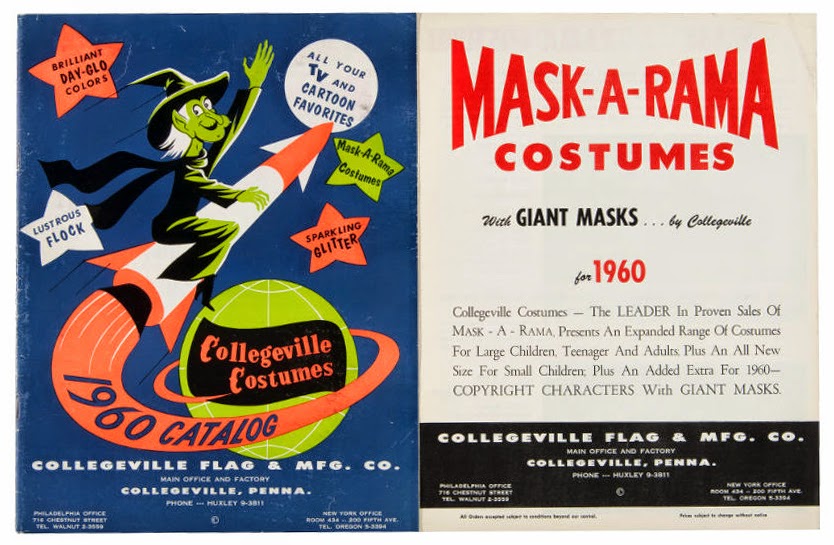 It really doesn't matter what's in this Collegeville Halloween costume catalog.  A cover with a witch on a rocket is good enough for me! Everything else inside is just a bonus. 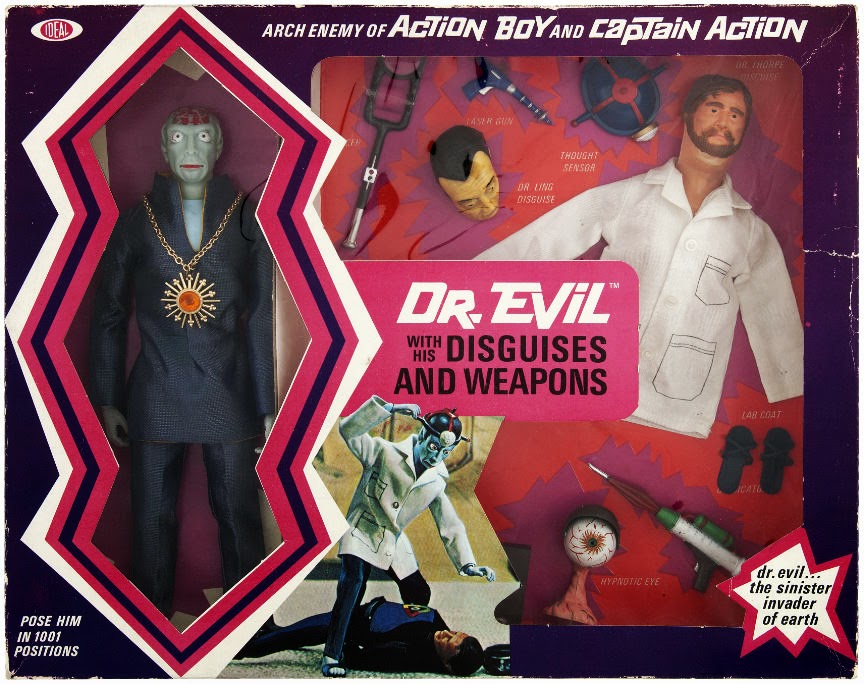 There's probably not a more hip/mod acton figure villain than the one and only Dr. Evil! This boxed lab set is really a piece of art that should be hung on a museum wall. 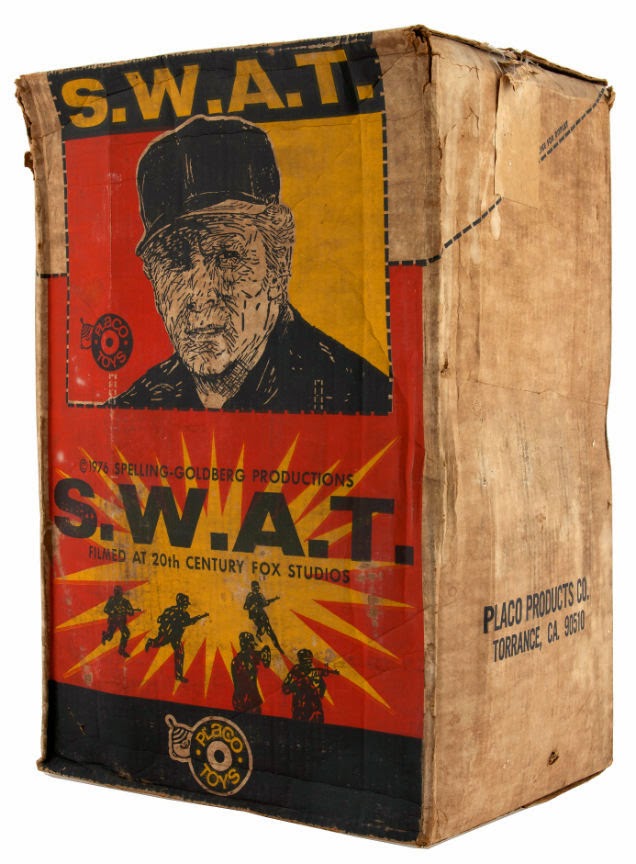 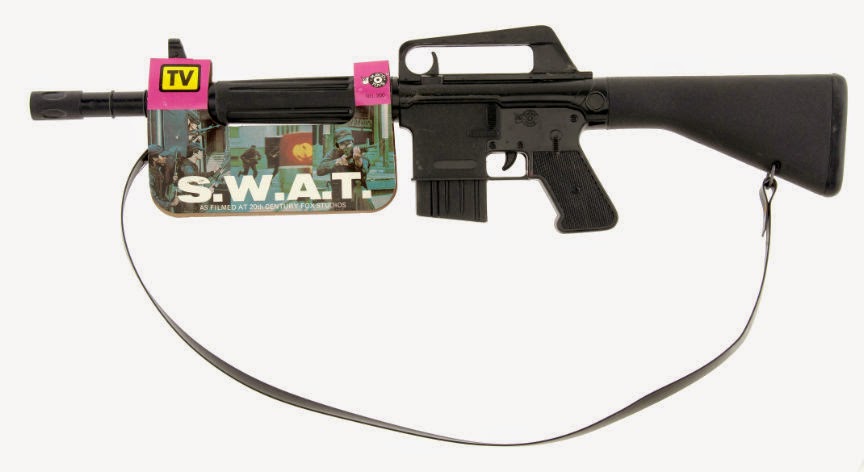 Back when I was five years old I wanted to grow up and either be a paleontologist or a member of the S.W.A.T. team. Hut hut hut hut ---- this was one of my favorite shows. Back then,  I had a S.W.A.T. action figure and now I wished I could have had a S.W.A.T. rifle. Someone will end up with a dozen after this auction closes. The five year old in me will be a little jealous.

That's my top ten! Go visit Hake's Auction #214 and have a look for yourself at all the other killer stuff! Also, visit Cool & Collected and take a look at Brian's favorites!
Posted by Mayor Todd Franklin at 4:45 PM

Email ThisBlogThis!Share to TwitterShare to FacebookShare to Pinterest
Labels: Toys

Great selections! I totally missed seeing that pep pin artwork when I was looking through the catalog. I keep finding myself circling bak to that Batboat carnival ride... someday. ;)

That Kellogg's sales binder is just the coolest!! And the Supermen of America ring...such great stuff. Thanks for sharing.