By the time the Raiders action figures came out in late 1982 I had moved on from playing with figures to just “displaying” them on my shelf. Of course I still wanted them, but they seemed to be impossible to find in my area. They eventually showed up at a Kay-Bee toy store and that’s where I picked up my Indy figure.

I almost kept the figures in the package, but I just couldn’t keep that figure sealed under the bubble. At least I kept the card. It's funny to look at this card now because on the back I circled the ones that I wanted for Christmas on the back. I eventually would get them all except for Marion and Belloq in ceremonial robe.

These photos were taken today of my original figures that I kept since I was twelve. 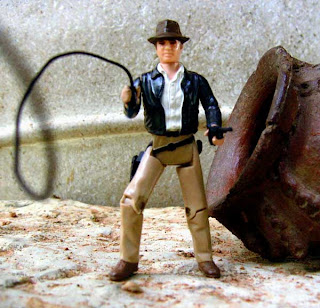 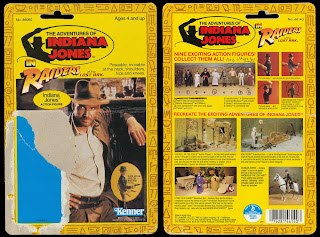 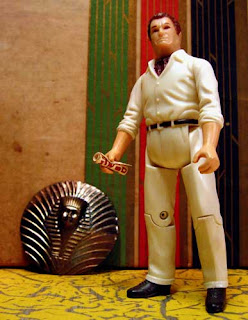 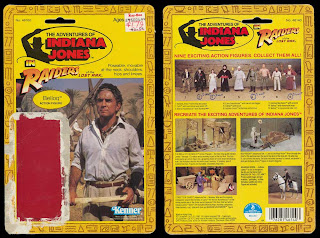 Nice shots NC but I need to see me some Toht!!