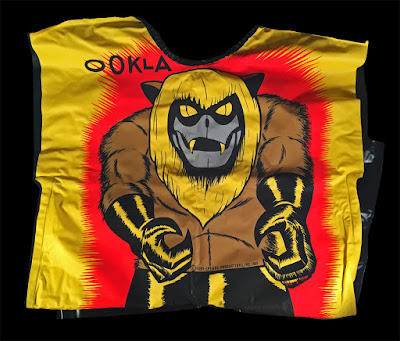 Oh why, oh why did I not find this Ookla Halloween costume back when I was ten years old? That was my last year of trick or treating and I went as Darth Vader for the third year in a row. I wasn't even all that interested in going as I hit the "I'm too old for Halloween" blues. Things would have been different if I would have found this super-awesome-cool-to-the-max Ookla costume back in the day.

Back then I had no clue Ben Cooper made Halloween costumes based after my favorite Saturday morning cartoon Thundarr the Barbarian. It wasn't until about ten years ago when I found this one up for auction on ebay. I was fortunate to win the costume and add it to my Thundarr collection. Over at Plaid Stallions you can view this Ookla costume in the 1981 Ben Cooper catalog. (Scroll down to the second page.) Also on Plaid Stallions is a Canadian costume catalog showing a different Ookla costume along with Thundarr and Ariel costumes. Lords of light! I'd love to find those costumes!!! Also pictured in the same catalog is a Thundarr poncho! 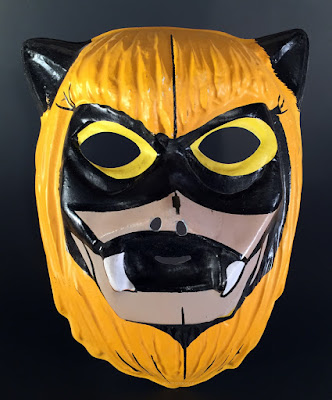 Just look at that Ookla the Mok mask! Even with the off centered nose holes, it is a thing of beauty! Good old Ookla, the Chewbacca rip-off character that was named after UCLA. Why is he not UCLA's official mascot? I'll never know. 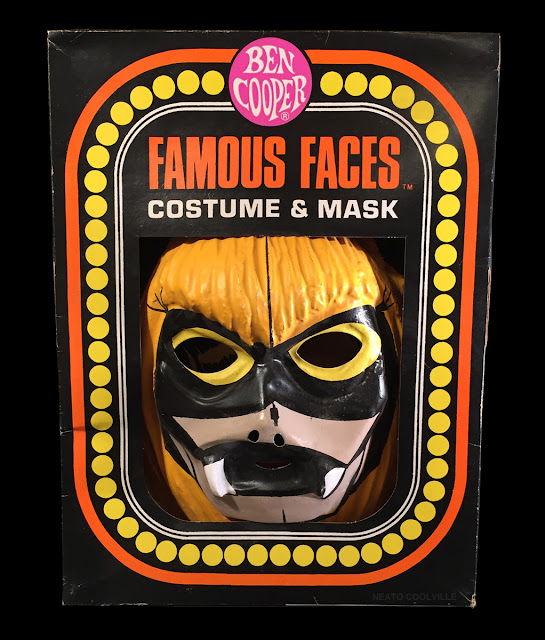 Okay, now I'm in the mood to watch some Thundarr. Grab a bowl of your favorite sugary sweet cereal and watch some episodes of Thundarr the Barbarian!

Posted by Mayor Todd Franklin at 8:30 AM

Your "Lords of Light!" comment gave me a good morning chuckle.
I never knew the UCLA-Ookla connection. Funny. I was a faithful Thundarr viewer too, but too old for Halloween by that time.