The official San Diego Comic-Con T-shirts should have, “I Survived Comic-Con 2006" printed on the back. That’s what we did, we survived and during all that surviving we had a blast! Comic-Con is always fun even though you feel like a ball in a pinball machine and every year it just gets bigger and bigger. Our last time at the Con was in 2004 and we noticed a big difference in the added amount of people.

At the beginning we made a b-line over to Artist Alley to meet some of the classic greats in comics and the first artist I visited with was Jim Mooney, artist of Batman, Supergirl, Spider-Man and many others. He graciously signed my sketchbook and the Marvel book.

Next in line was Luis Dominguez the prolific artist who is best remembered for his DC Mystery and War comics. We had a nice visit and he even gave us a sample of his opera singing. I had him sign an old Weird War comic, my sketchbook and the Marvel book. Arnold Drake the writer who came up with the Doom Patrol and Deadman for DC comics was sitting next to Luis and so I had him sign the Doom Patrol Archives and my sketchbook. 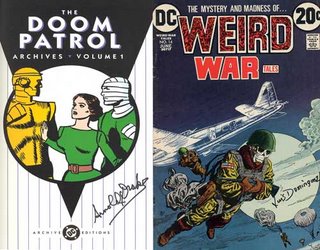 By this time we noticed Shag had arrived at his table and was greeting fans. Both Deb and I are fans of his work and we enjoyed meeting him. Deb chatted with him about Disneyland as he signed a few things and we were thrilled that he sketched some classic Shag images in my sketchbook. Among other things from his table we picked up the very limited Crypto-Zoological Species of North America folio set. A fun set of four prints with Sasquatch, Mothman, Chupacabra, and the Jersey Devil. 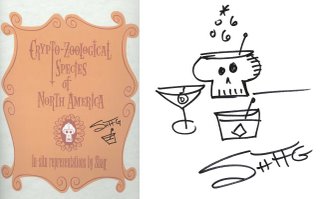 Right before lunch I got a quick sketch from the one and only Carmine Infantino in the sketchbook. It’s of the Flash, the character he helped create. 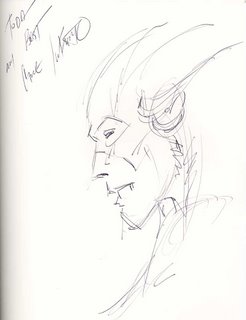 We attended Batman: The Golden/Silver Age panel hosted by Mark Evanier with Sheldon Moldoff, Jerry Robinson, Jim Mooney, Arnold Drake, Joe Giella and surprise guest Murphy Anderson. It was wonderful to see all of these comic legends in one place. The panel was very informative, but turned to the negative side when discussing Bob Kane. Afterwards everyone rushed the table wanting autographs and I was one of ‘em. I was able to get some archives signed and had my photo taken with these amazing men. Joe Giella was especially nice and I enjoyed meeting him for the first time. 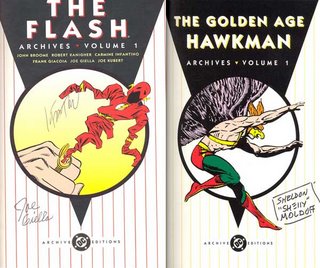 After the panel we picked up a couple of autographs from some of the TV and Movie stars in the sails pavilion. We met the two Jive Dudes, Norman Gibbs and Al White from the movie Airplane! and Bobby Clark, The Gorn Captain from Star Trek the Original Series. All three were nice to visit with and the Airplane! guys kept us laughing. 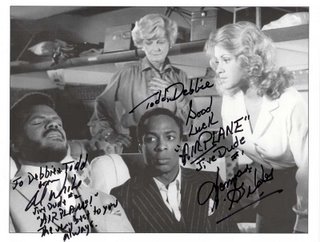 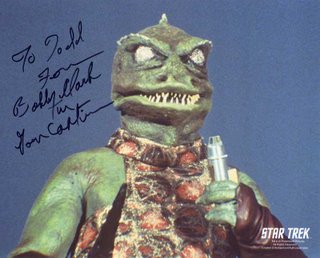 We ventured back down to the exhibit hall and found Dan Goodsell’s The Imaginary World. Dan’s booth looked great and it was a hopping busy place with everyone buying T-Shirts, artwork and Mr. Toast dolls. We purchased one of his scrapbook paintings and Dan added Mr. Toast to my sketchbook. I’ve been a fan of Mr. Toast since he started showing up on Dan’s website and it was great meeting the man behind all those fun anthropomorphic characters. 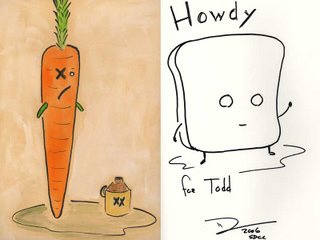 That sums up Day 1 and I can say we were tuckered! We ended the day with a nice relaxing dinner at Anthony’s Fish Grotto on the Bay. Mmm, the clams were yummy! 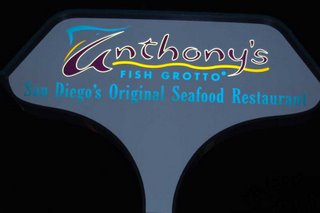 I'm so jealous of your Shag stuff. Shag + Cryptozoology= amazing.
Again, it was great to see you Todd!

Thanks Kirk and it was great meeting you too! Shag's Cryptozoology is Cryptocool!