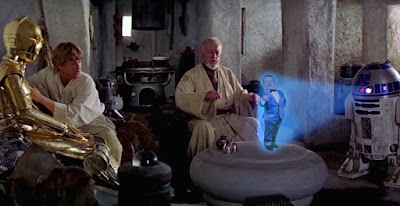 I just had to photoshop together this simple tribute.

It was sad to hear the recent news that Kenny Baker had passed away. Of course, it was a collaborative group of talented people that helped bring R2 to life, but without Baker, R2 would have been a lifeless prop. In a statement soon after Baker's passing, George Lucas said, "Kenny was truly the heart and soul of R2-D2."

Anyone who discovered Star Wars in their childhood was probably amazed to learn that someone was inside of R2. I know my mind was blown when I found out at age seven. Really? R2 is not a real robot? 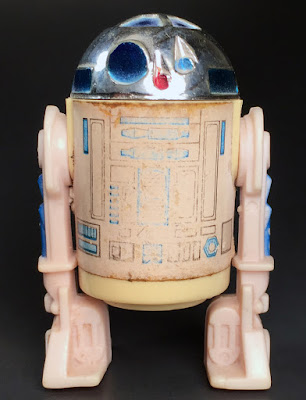 My very well-worn and heavily played with R2-D2 figure from childhood.

I'm not sure when or how I learned this amazing true fact. It was probably from the back of a Topps trading card or maybe from a kid at school. Actually, I probably learned there was a person inside of R2 from this article inside Weekly Reader Senior magazine. One of the great things about Star Wars was all the "making of" info being published. It let us kids look behind the curtain to see how the movie was made and because of this; we sort of got to know the people involved with the movie. I suppose this is why it's a bit more sad to lose a person associated with one of your favorite things, even though you don't have a personal relationship with them. 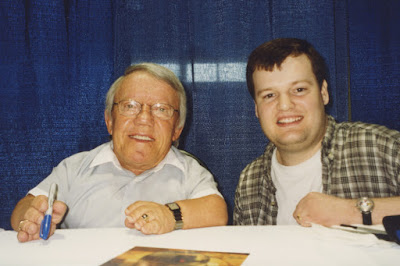 I had the pleasure of meeting Kenny Baker at a comic convention back in the late 90's or early 2000's. (Sad I can't remember the exact year.) He was the first actor I met associated with Star Wars and it was a thrill to meet him in person. 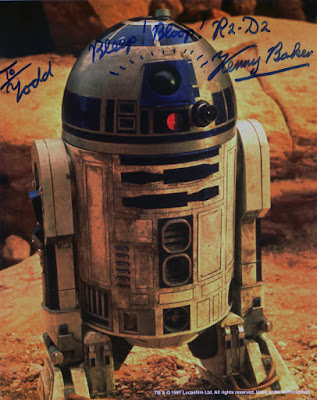 He will be missed by many and remembered by many! Thanks Kenny for the fun memories and entertainment! Bleep! Bloop!