HAPPY 40TH BIRTHDAY, JAWS! LOOKS LIKE SOMEONE BAKED YOU A CAKE (BACK IN '75!) 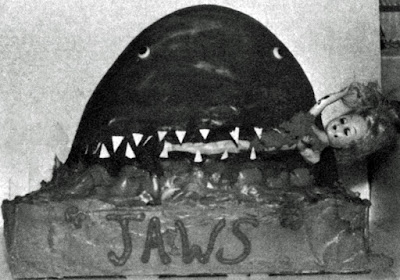 It's hard to believe the movie Jaws is forty years old today! To help celebrate one of the best movies ever made, lets look at this crazy Jaws cake from back in the day. (I found this article in a cooking magazine called Mail Box News.) 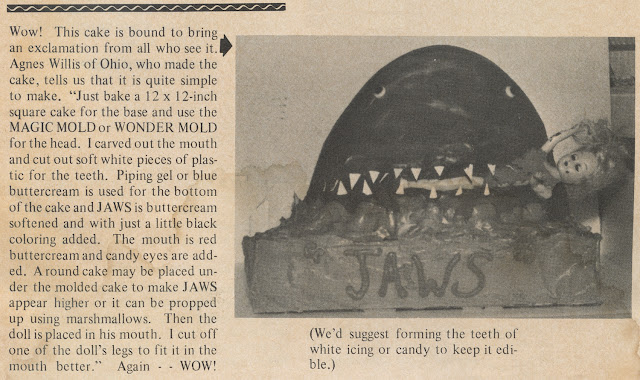 Agnes Willis must have been a cake making genius because I love everything about this Jaws cake. Of course the best part of the article is the quote from Agnes, "I cut off one of the doll's legs to fit it in the mouth better." Well played Agnes! 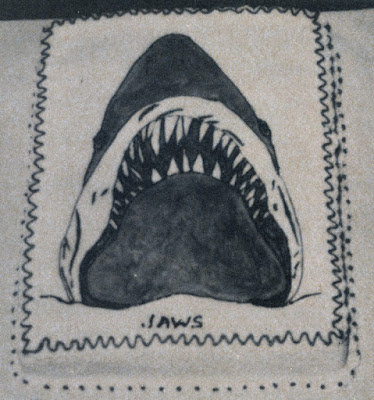 As a bonus, this magazine had another Jaws cake! Wow, you can almost hear the famous theme! No, wait...that was just my stomach growling for a piece of Jaws cake! 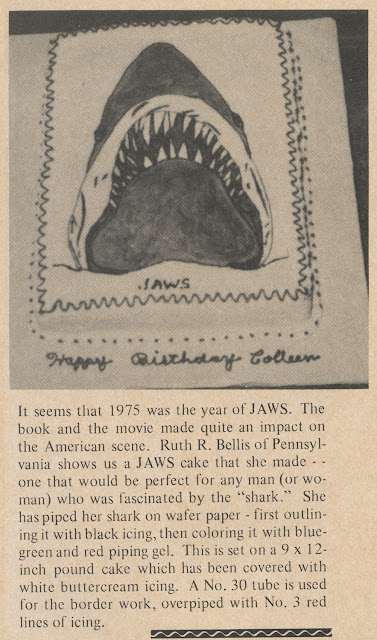 Posted by Mayor Todd Franklin at 12:00 AM 2 Neato Comments 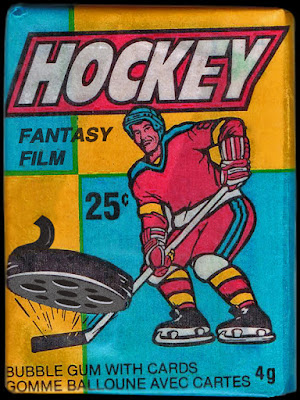 Now that the battle for Lord Stanley's Cup is waging, I thought it was time to create another pack of virtual movie sports character cards. This time featuring Hockey characters. You can check out Football, Baseball and Basketball by clicking here. Like before, I try to set the character in a card design that was actually available during the year the movie was released. Okay, let's rev up the Zamboni and open this wax pack! 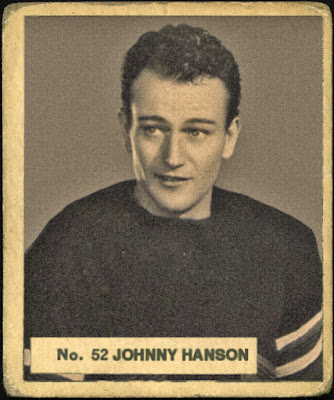 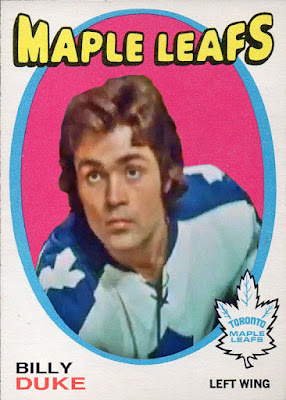 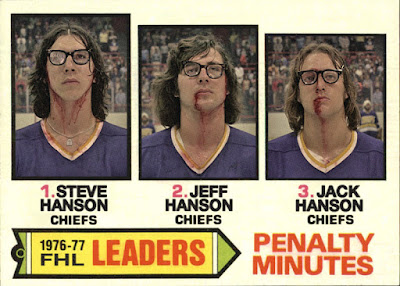 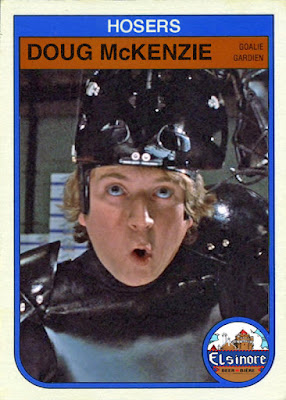 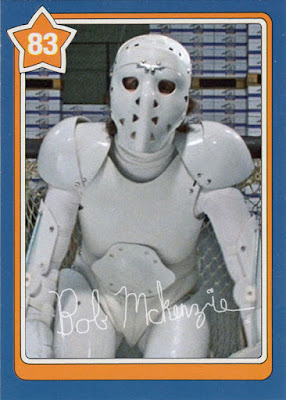 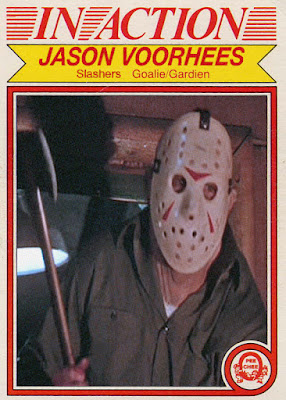 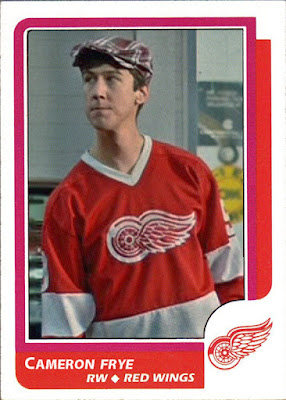 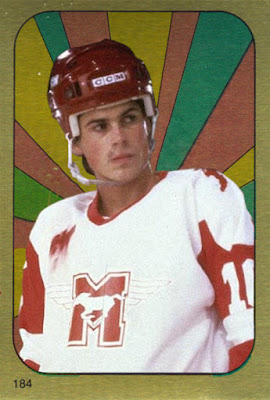 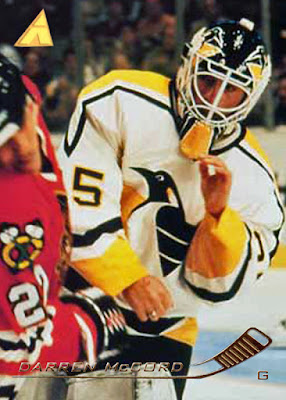 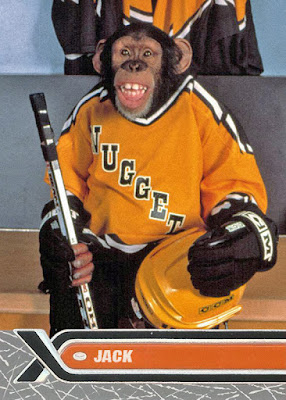