HAPPY 25TH ANNIVERSARY TO THE MOVIE THE ROCKETEER 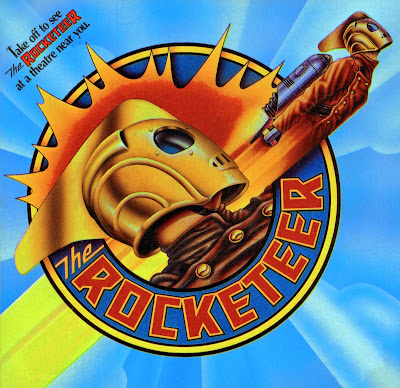 It's hard to believe one of my favorite all-time movies hit theaters 25 years ago today. Some people have comfort foods; I have comfort movies and The Rocketeer is one of them.

I was introduced to the story of The Rocketeer before the film was made thanks to my pal Tim, aka Vlad, back in the late 1980's. He showed me this really cool comic book of a 1930's movie serial type of character and that was all it took for me to become a fan. It was also my intro into the wonderful world of artist Dave Stevens, the creator of The Rocketeer. 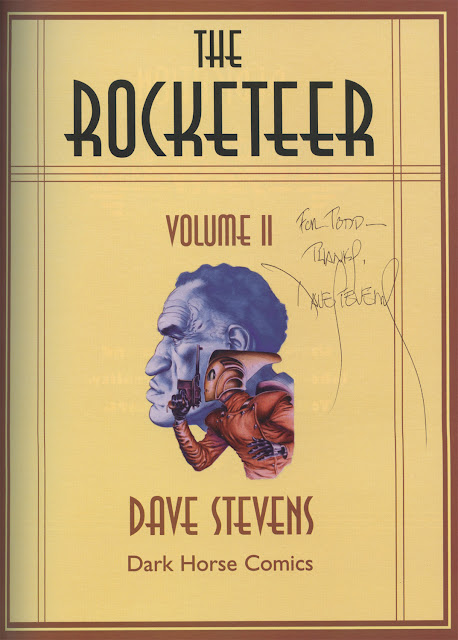 (I had the honor of meeting Dave Stevens at the 2000 San Diego Comic Con.)

As we all know, Dave's artwork was amazing! One of the best comic artists to draw the female form and the way he told a story between the panels was always exciting and exhilarating! Back when I was in college my comic lovin' pals and I were excited for the movie version of the Rocketeer to premiere. It didn't disappoint and we've been talking about the film since its release. I believe it is still one of the best film adaptations made from a comic book. If only the film could have found more success at the box office. Because of this, we were all cheated out of more Rocketeer films. 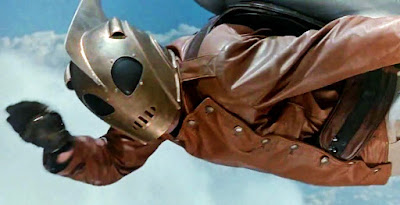 I've been snooping around on YouTube looking for Rocketeer vids from back in the day and I think you'll enjoy watching these embeds. I know tonight, I have a date with the first lady of Neato Coolville and we'll be watching The Rocketeer once again, just like we did on June 21, 1991...except this time we'll be cheering on the flying hood ornament from our sofa instead of a crowded movie theater.

First up, watch Dave Stevens talk about his hopes at trying to get The Rocketeer made into a movie. (Uploaded by comic artist Greg Theakston)

A 30 second TV spot for the theatrical release of The Rocketeer. (Uploaded by IntermissionSociety)

Next, we have a fun "making of" doc that aired on the Disney Channel back in the day. (Uploaded by IntermissionSociety) 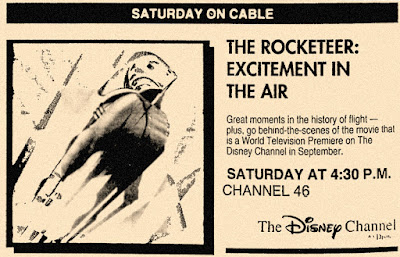 Here's clip from Entertainment Tonight that aired one week after the release of The Rocketeer. (Uploaded by IntermissionSociety)

Next up is this segment from the 1992 Discovery Channel TV show, Hollywood FX Masters hosted by Christopher Reeve. (Uploaded by ThePropKing)

An excellent interview with James Horner from 1991 about the Rocketeer soundtrack. (Uploaded by Eyes on Cinema)

The prop display at Disney/MGM studios back in the summer of 1991. (Uploaded by Smithfilmproductions)


The Rocketeer blasting off from Disney/MGM Studios. Watch the video starting at the 5:00 mark. (Uploaded by Dillos Diz) 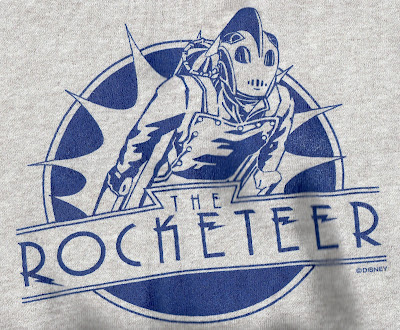 (Detail of a Rocketeer VHS video promo sweatshirt from my pal Mike who has owned it since his video store clerk days!)

Happy 25th Rocketeer and big thanks to Dave Stevens, Joe Johnston and all the amazing men and women that brought The Rocketeer to the big screen. Many fans and I will always be grateful! 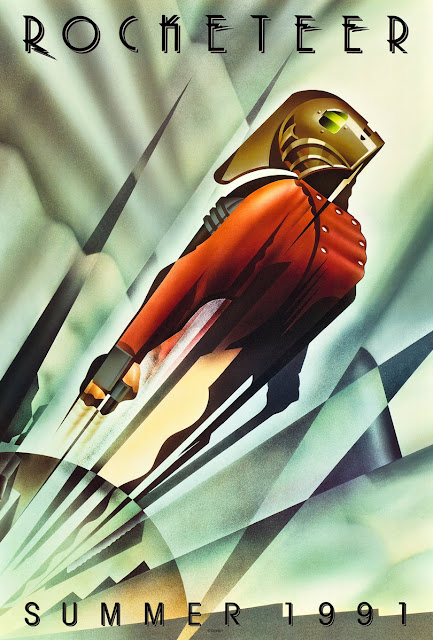