THE FUTURO IS SO BRIGHT, I GOTTA WEAR SHADES

On our way to Chicago last week the first lady and I saw a UFO. Yep, a crazy saucer looking ship that landed smack dab in the parking lot of a antique mall. Actually, it turned out to be a Futuro house and last fall it found a new home at the Pink Elephant Antique mall in Livingston, Illinois. I was told that it came from Springfield, Illinois and that it was exhibited at the Illinois State Fair back in the late 1960's or early 1970's.

I’ve seen many photographs of Futuro houses, but never seen one in person. Really, I thought my chances of seeing a real UFO were better since there’s not too many Futuro houses left in existence.

Designed in Finland by Matti Suuronen as a prefab ski cabin the Futuro was going to be the house of the future. A low-cost house that people could purchase and have it delivered anywhere in the world. Unfortunately, less than 100 houses were produced because of the high price of plastics and eventually the future ran out for the Futuro.

Hey, I think the Futuro house is staring at you. Go ahead and try your luck with a staring contest with Futuro. I bet you'll lose! If you want to see a Futuro house, visit the Pink Elephant Antique mall in Livingston, Illinois off of I-55.

When you visit say hi to Marilyn, just be careful not to get a splinter! 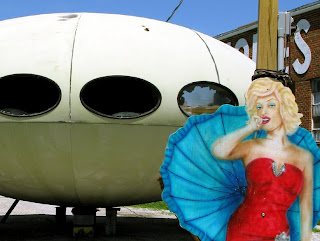 Email ThisBlogThis!Share to TwitterShare to FacebookShare to Pinterest
Labels: Roadside

TOY STORY FOR THE FIRST TIME

Seeing Toy Story 3 today and I’m really excited about it!

Ok, cue chimes, some wavy lines and few sparkles because I’m thinking back to when I first saw Toy Story.

Yeah, that’s good. I can see it clearly now, just like it was yesterday. Before I met Woody, Buzz and the gang, I knew a little bit about Pixar thanks to my obsession with anything ILM or Lucasfilm. (Pixar used to be owned by Lucasfilm.) Really, the whole computer animation thing fascinated me. I owned some of those computer animated video tapes 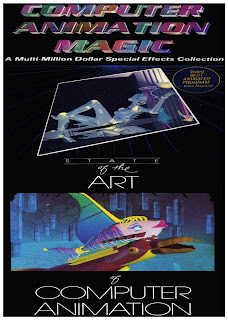 and picked up Pixar info thru various special effects and film mags. So I was psyched to see the first fully CGI animated movie!

When Toy Story opened on November 22, 1995 our local theater had it the first day and the first lady and I was right there for the first showing. We had another fun lovin’ couple with us (Hi Ed & Glenda!) and all four of us giggled and laughed thru the whole movie. I think what captured us besides the great storytelling, acting and animation was it hit our nostalgia button. All of us were in our early to mid-twenties and most of the toys in the film were similar to the ones we had as kids. It seems when we reach our early twenties we realize how special childhood was/is and we start missing it.

Anyway, back to the memory - We were so caught up in the after-movie-buzz, that afterwards we headed to Wal-Mart and found the toys. Wow, it was just like we watched a hour and half commercial and it worked! Needless to say we brought Buzz home with us and later that year a few of Buzz’s pals showed up too. 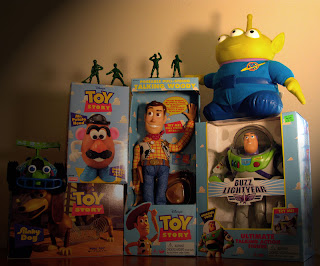 On a side note, we called our Woody doll, Possessed Woody because he would always just talk on his own, without anyone pulling the string. (spooky huh?) We would hear his muffled, “There’s a snake in my boot,” voice from inside the closet. It was funny at first, but in the middle of the night, no so much. He was eventually banished to the garage until his batteries ran down. 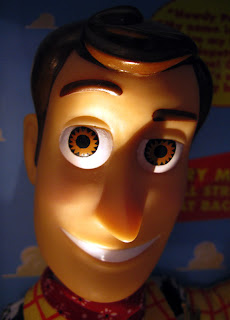 Because of Toy Story, the first lady and I will always be first in line for a Pixar flick. (Ha ha I got a higher score than the first lady. I better not gloat or she'll zap me!)

Kudos, congrats and a pat-on-the-back to everyone who has ever worked for and is working now at Pixar. Thanks to your hard work and dedication you continue to make the world a brighter place and manage to keep childhood alive for us adults!

Now we're off to visit some old toy friends and meet some new ones too!

---UPDATE--- Ok, we saw the movie and it was awesome! Wish the Army Men were in it a bit more, but other than that it was great! Toy Story can now be added to the trilogy A-List!
Posted by Mayor Todd Franklin at 12:00 AM 3 Neato Comments

Email ThisBlogThis!Share to TwitterShare to FacebookShare to Pinterest
Labels: 1970's

SAD ABOUT THE OIL SPILL 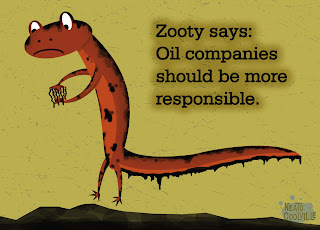 I decided to draw my pal Zooty the Newt to express my feelings about the horrible oil spill disaster in the gulf. The situation is very sad and frustrating.
Posted by Mayor Todd Franklin at 9:14 AM 1 Neato Comments