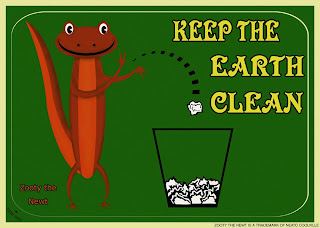 Posted by Mayor Todd Franklin at 8:42 AM 0 Neato Comments 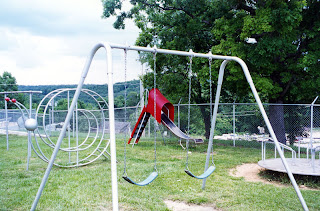 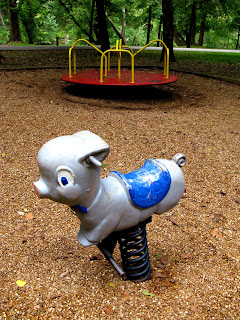 After you’re done with The Playgrounds of Flickrville post, give yourself a treat and snoop around at Playgroundology’s earlier posts for some running, jumping and knee scrapping fun as you go on a journey into simpler times.
Posted by Mayor Todd Franklin at 8:23 AM 0 Neato Comments 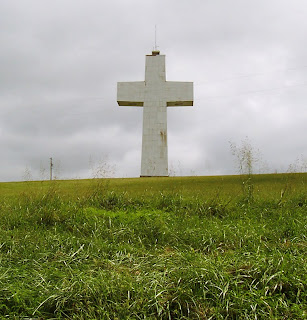 A giant cross sits atop an Ozark mountain named Bald Knob, in Southern Illinois and it has been standing there since 1963. Known as the Cross of Peace, this mid-century marvel has inspired generations of people including myself when I saw it for the first and only time almost fives years ago.

It was a special time for me as we toured parts of Southern Illinois with my grandma (who is now 96 years young). She wanted to share with us some of the places from her youth.

Besides snapping photos of the cross, I happened to have my video camera and so I shot a few minutes of the cross. After some quick edits and some overtly dramatic music I give you this short vid for your Easter viewing.

After our trip we headed back to my grandma’s house where she dug out a Cross of Peace postcard, brochure and booklet. She picked ‘em up sometime in the early 1960's before the cross was completed and you can see these souvenirs below.

The postcard and booklet both have the same artwork by the original architectural designer Victor J. Kunz. 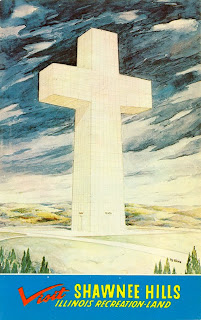 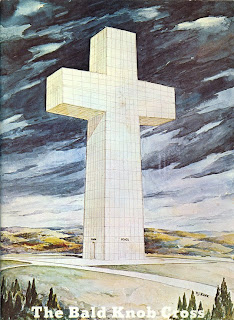 Be sure to click on the brochure for a closer look! 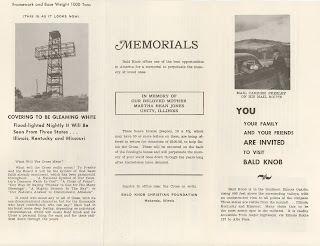 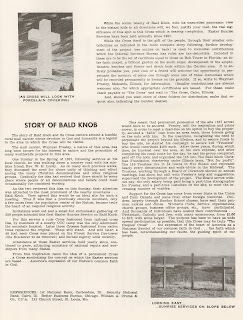 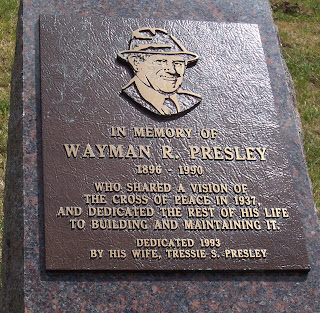 The displayed plaque is in memory of Wayman R. Presley, the visionary behind the cross and in my opinion a modern day Noah. Can you imagine someone trying to accomplish something of this magnitude in today's world? 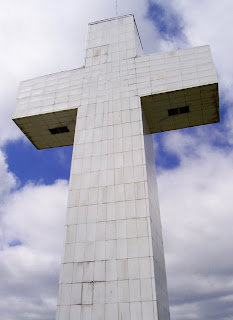 Since 2005 when I visited the cross, it has unfortunately fallen in disrepair. Early in 2009 folks have rallied to try and restore the cross. You can visit the official website for information on the Bald Knob Cross of Peace.

Have a safe and happy Easter!
Posted by Mayor Todd Franklin at 12:00 AM 2 Neato Comments

Back in the mid-90's when the internet was still young a popular urban legend made the rounds, but it was debunked and quickly forgotten. The legend stated that General Mills once sold chocolate flavored Trix. The cereal was quickly canceled because customers were utterly disgusted, not by the flavor but from the pairing of the mascot and the chocolate puffs. I now have proof that this urban legend was true and it was one of the greatest epic fails in the history of advertising!

In the early 1960's General Mills needed to develop a chocolate cereal to compete with Kellogg’s popular Cocoa Krispies. Already, General Mills had a popular selling product in Trix, a cereal that consisted of fruit flavored puffs. 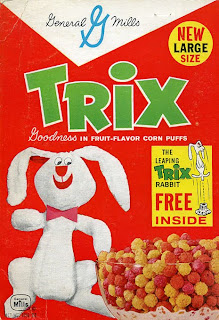 It was only natural to make the puffs chocolate flavored for a new brand. Trix had become popular with children due to the fact the brand had a successful mascot in the form of a silly rabbit. The idea came about that the new chocolate cereal should be called Cocoa Trix and the rabbit mascot would also appear on the boxes. It was a perfect idea as in theory children would notice their old Trix rabbit friend and talk mom into buying Cocoa Trix instead of Cocoa Krispies.

According to the urban legend, in 1962 the first wave of Cocoa Trix boxes were stocked on supermarket shelves all across the nation. After the first week, complaints came pouring into the General Mills office from disturbed parents outraged that the cereal looked like rabbit droppings. One parent who owned a rabbit farm wrote, “Why release a cereal with a bunny character that’s serving a big heaping bowl of bunny rabbit poop? Now my seven year old child is too disgusted to eat cereal of any kind as she was traumatized by the idea of eating rabbit droppings.”

Quickly, General Mills recalled all the boxes and destroyed all evidence that this blunder ever happened. Months later General Mills would release Cocoa Puffs with a wacky cuckoo bird character named Sonny. 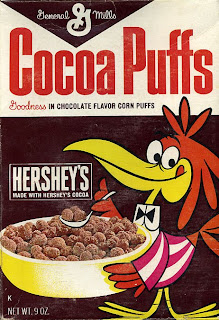 As a collector of old cereal advertising I’ve never put much faith in this story and it’s always been a running joke among the cereal collecting community. I guess I need to change my thinking because here is a scan of the original box. 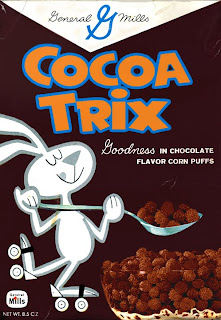 Wow, what were the ad wizards at the Big G thinking back then? C’mon! A rabbit trying to sell puffs of chocolate cereal that looks the same as rabbit droppings. Really?

I found this box at my local thrift store filled with old lady hair curlers for the bargain price of a buck!

Ok, scroll down for more amazing info on this amazing cereal find!

Ok, sorry folks I just couldn’t help myself. This box doesn’t exist, nor has it ever existed as this was made up by your’s truly for some tasteless fun.

Apologies to General Mills. Please don’t send the Trix Rabbit to punch me in the face. Really, I love your cereals and this was more of a homage than a bash.

A Big G thanks to pal Dan Goodsell for letting me use his scans from his cereal box collection!