THE CARDBOARD ROBOT BATTLE OF 1986

Every July, I get a little nostalgic thinking good time memories of Grandma’s apple pie, listening to patriotic music, relaxing on the front porch, sipping lemon aid and BLOWING STUFF UP!!!

My best friend and I always had a tradition of "blowing stuff up" and every July for a few years we actually made 4ft tall cardboard robots that would do battle with one another. Like little mad scientists we were supposed to work on ‘em all summer and Jeff always created a thing of beauty. As for me, I usually put mine together the night before the big battle. This set of photos is from our last robot battle that took place in the year 1986 at an old dead rock quarry. Jeff’s was the gold and white robot and I had the white and gray camouflaged robot. I felt like my robot was Old Bob from the movie The Black Hole going up against the evil robot Maximilian. 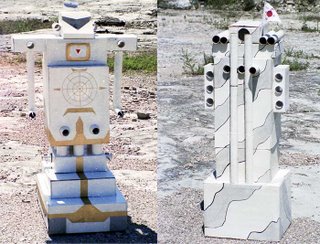 The objective was to destroy the robot's bridge and whoever did this first would be the winner. The main weapons were oversized bottle rockets with two nails taped on the front in place of the nosecone. Once all the bottle rockets were used up and if your robot still survived, you were allowed to strategically place lady fingers and sparklers onto your opponent’s robot. Each robot took turns launching a rocket at the other and of course after the fuse had been lit we ran behind the closest rock we could find. 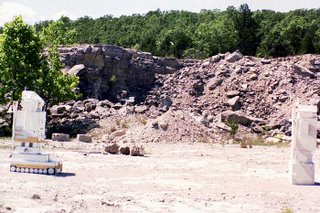 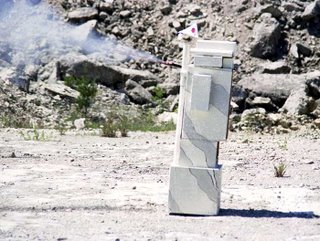 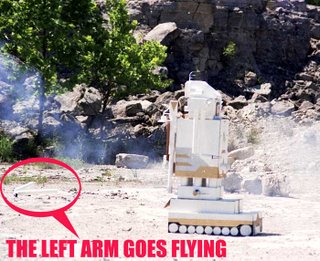 My first shot blew off his left arm! 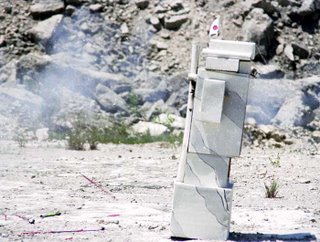 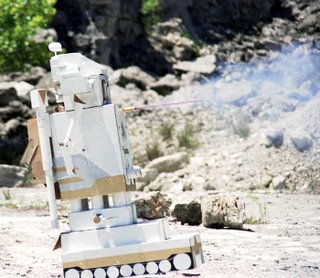 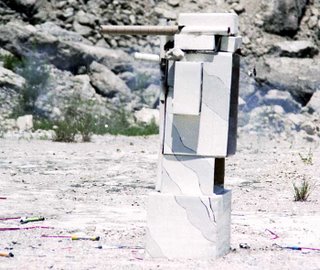 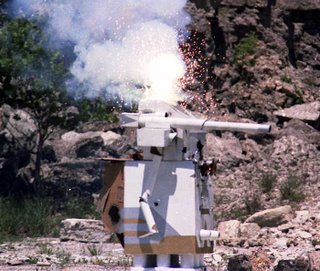 I almost won with this strike. 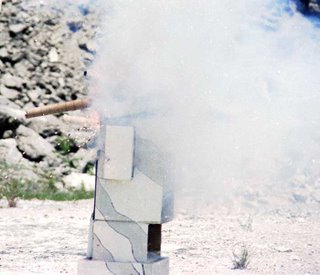 The final blow! My Battle Beast crew perished in a ball of flame and my once mighty cardboard robot burned to the ground. Jeff was the winner.

(Click here for a very short film clip from our first cardboard robot battle in 1983.)
Posted by Mayor Todd Franklin at 11:05 PM

Email ThisBlogThis!Share to TwitterShare to FacebookShare to Pinterest
Labels: 1980's, Memories from the Mayor, Robot

I bet all the hot chicks at your school were hanging out with you guys wanting to see your robots!!

Jeff's robot reminds me of a cross between Space Academy's Peepo and the big blue Micronauts toy carrier.