Ok, taking photos of my action figures again. Goal is to use regular stuff around the house as background and still try to capture a feel of the film. Not sure if these photos work or not, but it's still fun to have an excuse to play with some action figures. 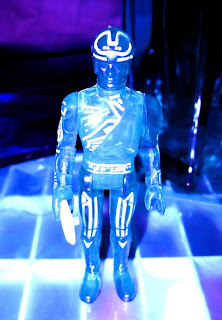 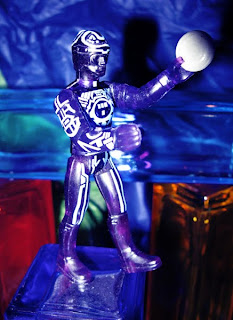 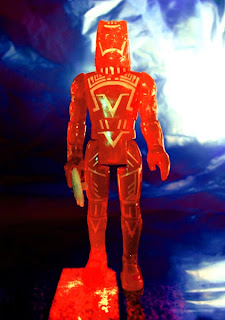 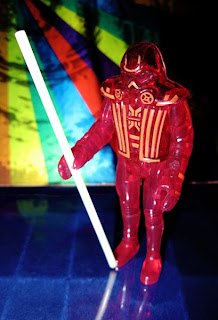 I never had any of the figures when I was a kid and only remember seeing them once. They were in a Kay Bee toy store, but was too much for my velcro wallet. 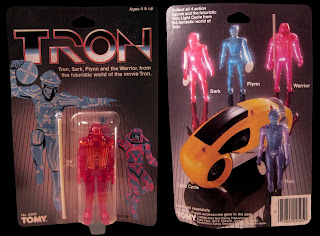 Sometime in the mid-90's in Toy Shop magazine, someone was advertising an auction for the original Tron prototype figures. I enquired about the auction and the seller was nice enough to send me a photo. 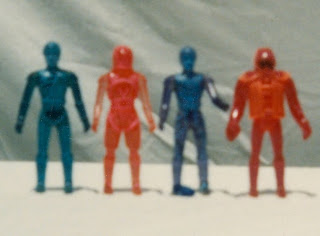 You can see they resemble the figures on the back of the action figure card and could very well have been the same figures. When you look close, you can tell they made molds off of Star Wars figures. Look at those arms. They look like C-3PO arms! 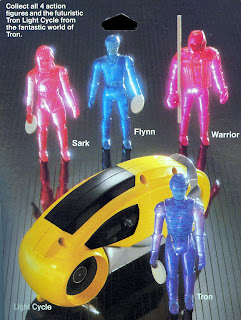 Well, just like the Tron figures at Kay Bee, they were too much for my leather wallet. I did a quick web search in hopes whoever owns the set would have posted a photo. I didn’t find any photographs, but I did see this post on Alex Bickmore's Super Toy Archive. (Scroll to the middle of the page to read about the prototypes.) Apparently there might be a prototype tank out there. Now that would be something to see!

Here’s another shot of one of the prototype figures on the back of a light cycle box. Tron is purple in the finished figures, but here we see a purple Flynn. 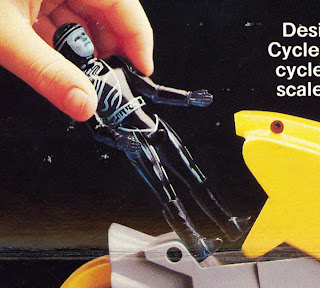 Here’s one more prototype shot from a publicity promo folder. These figures are almost identical to the finished figures except for the painted faces. 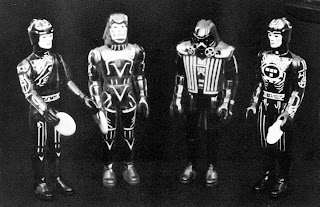 Posted by Mayor Todd Franklin at 12:03 AM

great pics! I had the whole set as a kid. So far I've only re-acquired Flynn and Warrior in adulthood. I loved them when I was little - especially the light cycles. Those things jumped curbs like no other toy!

I was always glad that they didn't use the mime faces in the final product. great post!

Thank you for sharing this info! Those toys were something I had to wait for the internet later in life to obtain. (Weird to say I know)

I saw the rumors about a tank toy for the original figures. I never found a picture or any real evidence so I decided to make one myself.