Back on August 18th I visited the Missouri State Fair to see someone I hadn’t seen for many years. Our family would go once every couple of years when I was a kid in the 1970's and 80's and it was always a fun time riding crazy rides, trying to win cheap stuffed animals and eating corn dogs. We held our noses along with our breath at the petting zoo and I even remember being bummed out and worried that I had just ruined my Chuck Taylors when I stepped in a big cow patty. (Yuck!) The single thing that impressed me the most was a talking car, Otto the Talking Car. 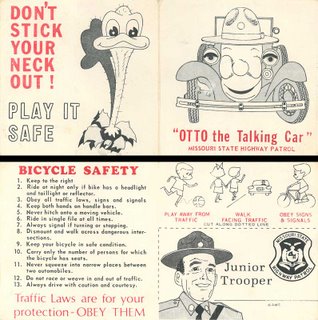 My only reason to visit the state fair this year was to find and visit my old pal Otto. Back when I was a 7 or 8 years old I really thought he was something else and I was amazed he hadn’t changed a bit. He was exactly how I remembered him to be. He was still talking to children and entertaining them with his corny jokes and he still has that bad sneezing problem when you scratch his nose. 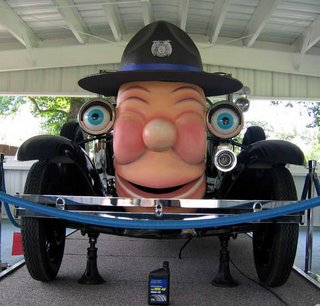 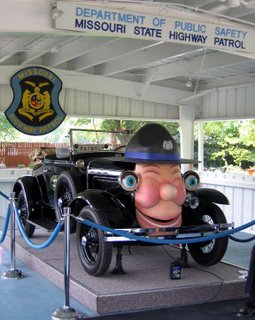 Otto is a replica of a 1931 Model A Ford which was the same model that the Missouri Highway Patrol used back in the day. Otto was introduced at the state fair in 1969 and he’s been blinking, sneezing, honking and talking to folks ever since. You always get an answer from Otto when you ask him a question, even though it might be one you don’t expect! 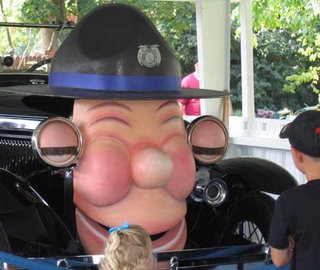 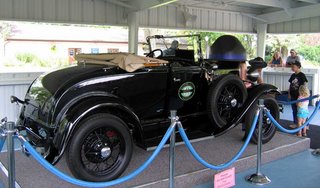 I don’t have any photos, but the Missouri Highway Patrol had another talking car at the state fair in 1956 that was used for four years until his hat started to deteriorate. 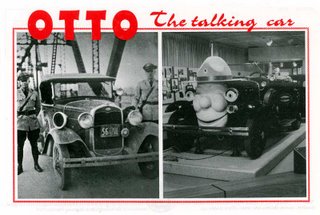 Otto has been teaching important lessons to kids and adults for almost 40 years and probably many lives have been saved from these lessons. A big thanks goes out to the Missouri Highway Patrol and Otto!

Man, that's pretty weird, but very cool too. There is certainly a lack of helpful talking police cars in my area, that's for sure...

This is such a cool story! How cute is Otto?! Have you heard of www.askpatty.com? It's a cool automotive advice site for women.

We do blog carnicvals every Tuesday as well and I think this would be a great post for our next carnival!

If you would like to submit this, go to http://blogcarnival.com/bc/submit_464.html
or email me direct at breanne@askpatty.com

Hope to hear from you!
-Breanne Boyle
eMarketing Manager
www.AskPatty.com

thats weird i was just telling my kids almost the same story, because were in jeff. city today and i saw where otto is living here. then i looked him up on internet and found your story the same day i just love this state my daughter age 14 doesnt beleive me so were going to visit otto monday i hope he hasnt aged as bad as i have.