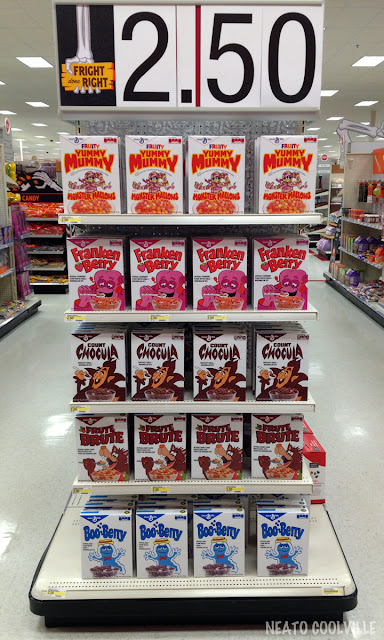 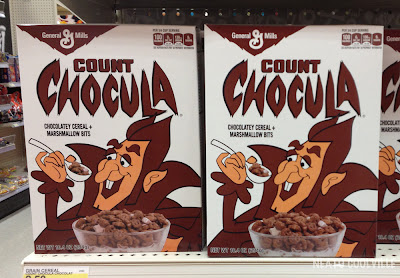 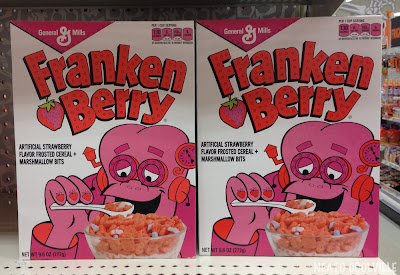 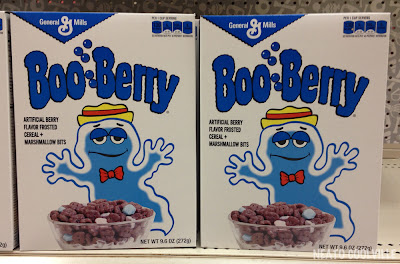 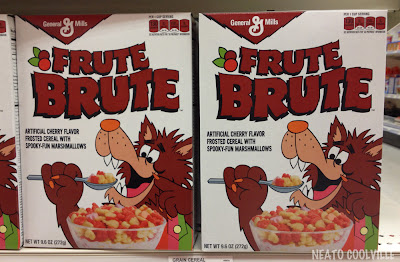 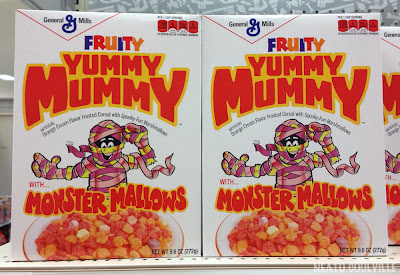 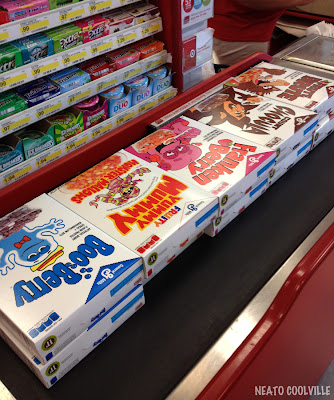 ---Update---
Click here for my taste test of the Monster Cereals!
Posted by Mayor Todd Franklin at 8:51 PM

Well at that price. You have to keep some pristine in the box.

Man, I looked yesterday, and mine didn't have them yet. You are going to give us a follow-up taste test review, right?

Sweet. Gonna hit as many Targets as it takes to find these. What state are you in?

Eartha -You never know when there's going to be a Monster Cereal shortage!

Kal - They make great displays for the kitchen!

Stephen - Hopefully in the next few days I'll find some time to update this post with a taste review.

I've been looking for the retro boxes for the last two weeks here in Buffalo and none of the Targets even have Halloween items yet. No one at Target seems to know if they'll get them and I emailed corporate and they claimed they've already been discontinued. Great promotion Target, can't even get the boxes I grew up on because you supplied what 20 Target's nationwide with these? Where are you located?

I love the starkness of these old boxes. Nothing distracts you from the thing that they're advertising.

If you like those horror breakfast, you may like this blog about original monsters cereal. My favorites are the Post-Moterm-mmms. http://idigcerealkillers.blogspot.com/

Dig the mid century retro aesthetics you've got here, I may have to stick around.