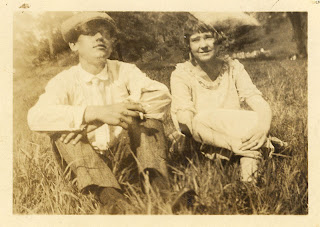 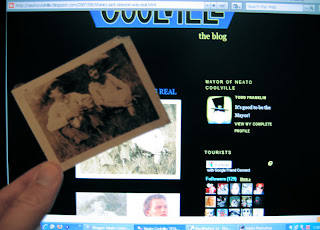 (This post has inspired me to dig out another photo from my collection. It’s a photo of a man who looks very much like a famous (real) author of the 19th Century. Actually, I’ve always wondered that it might be. Check back on Thursday to see the photo.)
Posted by Mayor Todd Franklin at 7:39 PM

Crazy!!! Isn't it weird how things have a life of their own once you post them?

All u had to do is ask James Cameron, who wrote it if Jack and Rose were real... and they were NOT! He wrote them in to the story of the real Titanic... Just go to the source!

hey todd...i jes wantd to hear it frm you if rose and jack were for real....i love both of thm alot n its so frustratin wen sme says it is fr real whereas sme says it to b fictional..i jes wan to put n end on it n knw da fact...so can you pls tell me da fact?plsssssssss:)

Um...Jack and Rose are as real as Luke Skywalker, Marty McFly and Ellen Ripley.