To coincide with the release of The Muppet Movie, (the Muppets first movie), CBS aired The Muppets Go Hollywood on May 16, 1979. The movie would follow about a month later. After watching this TV special, my eight year old self was hyped up beyond control for the movie’s release. 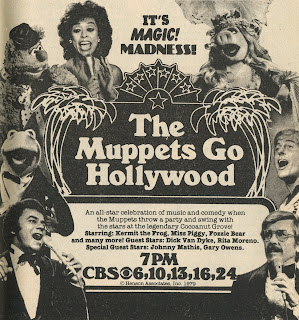 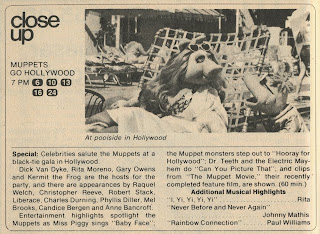 Watch the 1979 CBS TV special starting with part one below uploaded to YouTube by malachy90.

Click on the links below to watch the rest of the show!

Can't believe I hadn't seen this until now, thanks for the link! Now, if only Disney would release all these old specials...