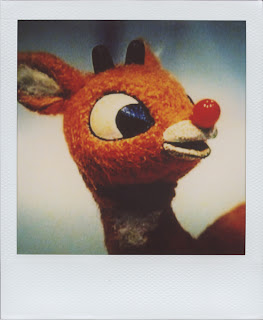 The Rankin/Bass TV special, Rudolph the Red-Nosed Reindeer has been a television viewing tradition since it first aired on NBC in 1964.  I don't remember the first time I watched it, but as a kid it was never to be missed.  In the days before DVDs and DVRs, it was a long wait until it aired again.  I remember crying big ol' Bumble tears when our television went on the fritz right before Rudolph was to start.  I think I was five and all we had on the screen was static.  Back then I thought my Christmas was ruined because I missed Rudolph.

The above image is a Polaroid photo that I snapped a couple of years ago, during the last days of Polaroid.  I didn't have to travel to the North Pole, I just took a photo of my TV screen.  It is one of my favorite 'roids, because it reminds me of how much I anticipated the TV special and the fun I had watching it.  The white border kinda reminds me of a television set and there's Rudolph forever on the screen. 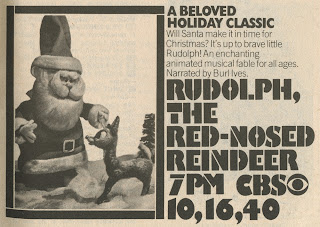 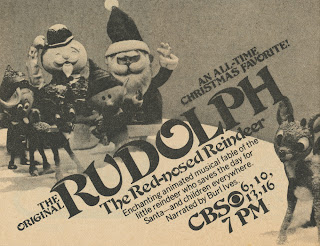 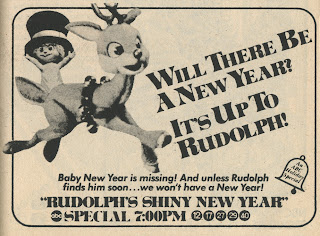 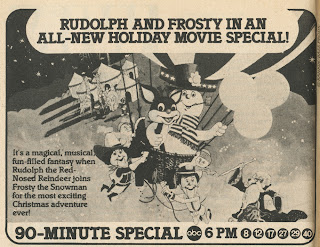 1979 Rudolph and Frosty's Christmas in July

That's one of your better shots. It's a shame nobody can get on the 'roids anymore. They were definitely performance enhancing in a photographic way.

It is a different world, with things available to watch whenever and wherever we want! The long, yearly waits are a bit of nostalgia now.

Also, it was nice that they showed them all during Christmas week instead of starting them on Thanksgiving night like they do now.