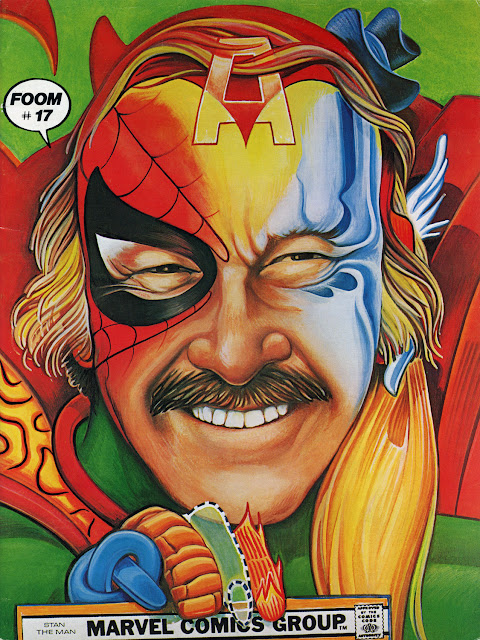 To celebrate this special day let's look at some Stan stuff! 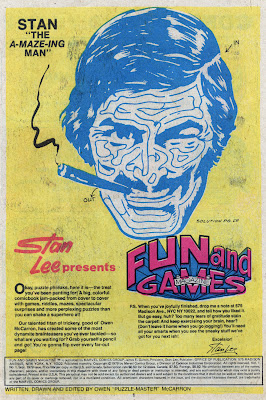 Try your luck and get in and out of Stan's head from this Stan "The A-Maze-ing Man" from Fun and Games #1. 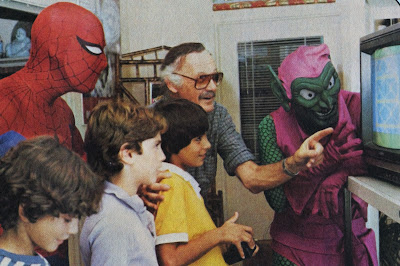 A fun photo of "The Man" is this crazy photo from Blip #2. Stan looks like he's having a fun time watching kids play the Spider-Man video game for the Atari 2600. 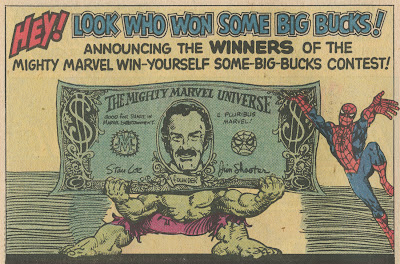 The buck stops here with Stan Lee in this contest page from a 1981 Marvel comic. 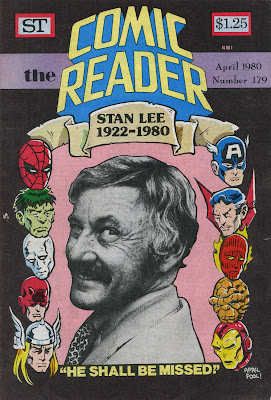 No one believed this morbid April Fool's prank by The Comic Reader. Everyone knows that Stan sips from the fountain of youth! 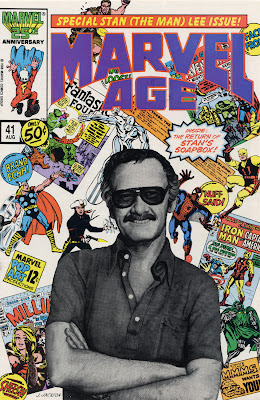 Look! It's the Hugh Hefner of comic books! 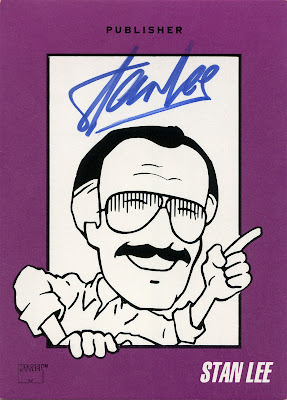 My friend gave me this 1990s signed personal appearance trading card that he got from a friend who actually met the Great One! 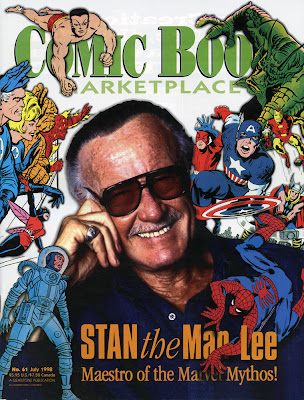 One of the best Stan interviews can be found in Comic Book Marketplace #61. If you don't have this in your collection then your true believer status might be in jeopardy. 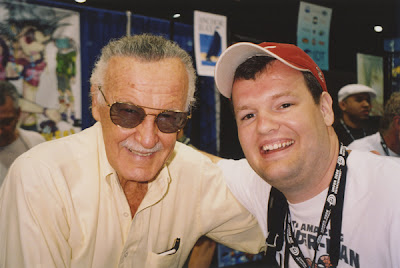 In 2004, I met Stan Lee! Yep, I met "The Man" at the San Diego Comic-Con. It was really a cool experience, especially hearing that distinctive voice of his. Like so many, Stan's characters were a big part of my childhood, so it was an honor to meet one of my heroes!

Below is the front page from my copy of the Marvel book by Les Daniels. I've been lugging this coffee table book to various conventions since 2003. Stan made the book complete when he signed it for me in 2006. 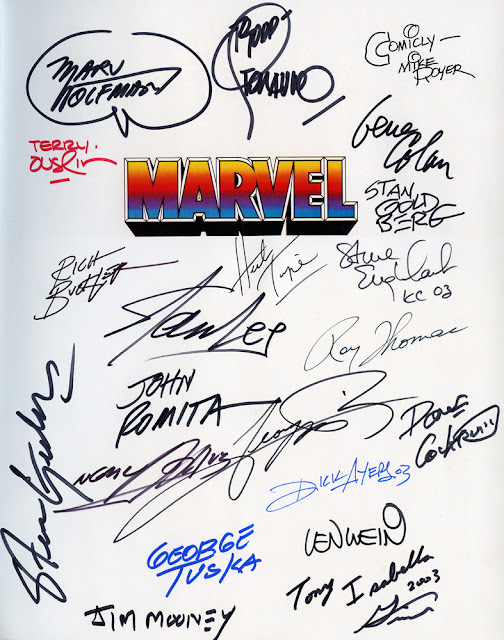 Happy Birthday, Stan Lee and thanks for all the four color heroes! Pop culture just would not have as much pop without you!!