Lately, I've been missing out on a lot of fun assignments from the League of Extraordinary Bloggers. Today I finally found some time to jump on this week's assignment, Toy Knockoffs and Bootlegs! I have a Star Wars knockoff toy based after C-3PO and he's cringe worthy enough to be included. 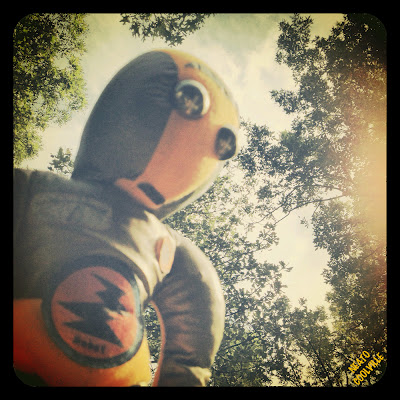 This sad looking droid ripoff simply named Robot was made by Etone International out of Jersey City, New Jersey in 1978. I've nicknamed him C-P3O in honor of all the adults back in the day who were never able to say See-Threepio correctly. (Why was that so difficult? 70s kids never had that problem!) 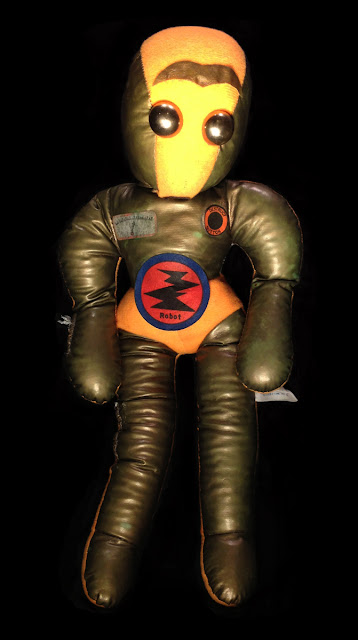 Poor C-P3O sure is one sad looking and pathetic stuffed toy. I don't collect Star Wars knockoffs, but I must have felt sorry for this misfit toy. I rescued him many years ago from a dirt mall. He was stuck under a mountain of moldy stuffed animals and broken toys. I think I paid two dollars for him.

Even though he's a distant cousin to ol' golden rod from Star Wars, his demeanor reminds me of Marvin the Paranoid Android from The Hitchhiker's Guide to the Galaxy. Just look at that long sad face. Is he depressed because he's not a real Star Wars character? Was he not loved by a child? Was he a carnival prize that was never won? Maybe he's down in the dumps simply because he's so cheaply sewn together? Whatever the reason for his mopes he probably should not be sporting this button on his chest. 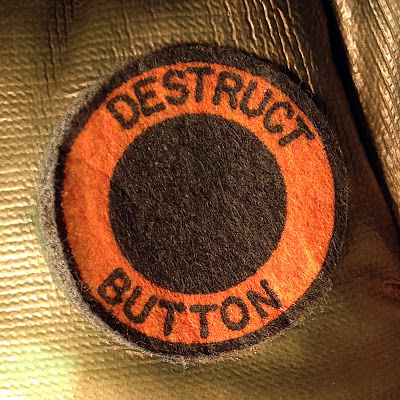 I wonder how many times he has thought about pressing the destruct button? I'm worried that one of these days when I look on the shelf that he's displayed on, I'm going to see C-P3O turned inside-out with moldy fluff everywhere. "Hey pal, just say no to the button! Just say NO!!!" 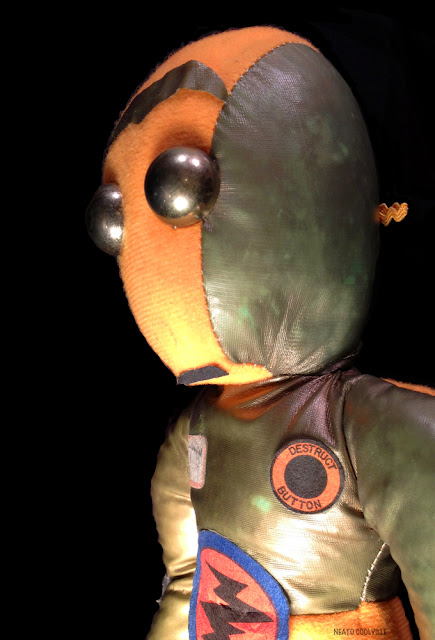 Don't let C-P3O get you down because there's a lot more knockoff fun. Click on the links below to see other posts from League members.

Todd, that poor robot loves you!! Just look how you reflect so shiny in his eyes in the first photo!
:D

Thanks Traveling Pics! He only loves me because I saved him from being a dog's chew toy.

That is one miserable droid. It certainly was charitable of you to rescue him.