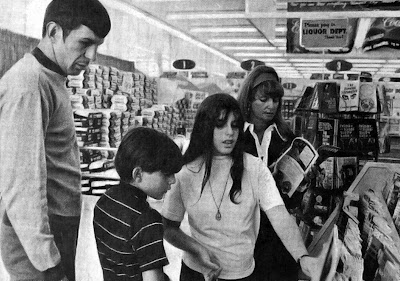 Let's slingshot around the sun and travel back to the 60s for a day of shopping with Leonard Nimoy and family. I discovered this photo spread in the June 1968 issue of TV Star Parade and it's a real treat to see. It's especially fun for all of us Trek fans that missed out on the first and original Trek craze. (I became a fan during the rerun days of the 70s!) Articles like this one gives us a glimpse of a time when Star Trek was new and people were wanting to learn anything and everything about the show. Tons of TV and gossip mags featured as much info on the actors as possible.

I like that the photos from this article make it look like Leonard just walked off the Star Trek set to go shopping with his family. Leonard is still sporting his Spock hairdo and is even wearing a similar shirt like his alter ego. His pointy ears are probably stuffed in his pocket and in a few hours he'll return to the studio ready for the next Start Trek scene. (Click on the pages for a closer look!) 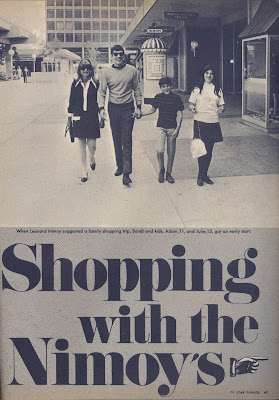 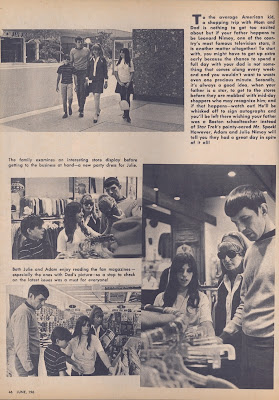 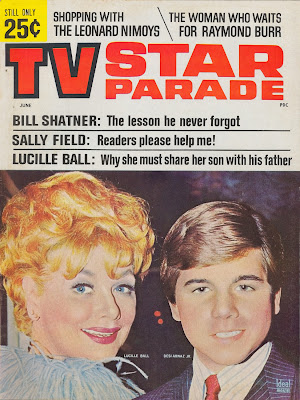 Tune in next week as I'll post the Shatner article from this same issue.
Posted by Mayor Todd Franklin at 1:00 PM

The Nimoys are at the shopping "pavilion" of Century City, the former back lot of 20th Century-Fox Studios--sold off for development when the cost of making CLEOPATRA nearly sank the company.

For those who want a better look (and it color) you can view Fox films of the late 60's...two suggestions are A GUIDE FOR THE MARRIED MAN with Walter Matthau, and CAPRICE starring Doris Day.
Another option is an episode of THE MARY TYLER MOORE SHOW that featured a film segment shot there ("Bess, You Is My Daughter Now" on the Season One DVD).