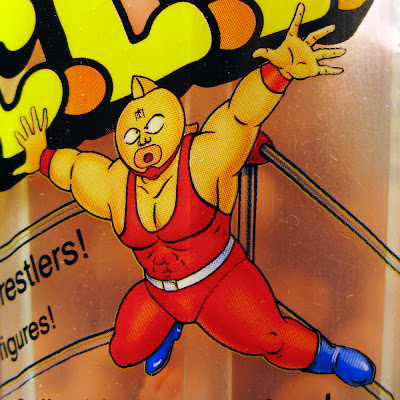 If you were a kid in the 80s, you probably remember M.U.S.C.L.E. figures. From 1985 to 1988, Mattel produced these little pink wrestler guys that were about two inches tall. The M.U.S.C.L.E. acronym stands for Millions of Unusual Small Creatures Lurking Everywhere. Wow, a million is a daunting task for a kid to try and collect 'em all. Luckily, the letter M was false advertising and there were only 236 figures available in the United States. I discovered M.U.S.C.L.E. at our local Revco drug store when I was 15 years old. I noticed the display of clear trash cans filled with the little figures and it brought back memories of Mattel's Slime container from the 1970s.  Plus, I loved little figures like plastic army men, gumball machine figures and those crazy Happy Meal Space Creatures. Even though I was too old, I just couldn't help myself and bought some M.U.S.C.L.E. in a can. 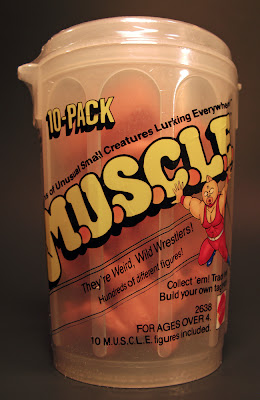 Here's a can that I saved from back in the day and it's still sealed.

Opening the trashcan was similar to opening a pack of trading cards. You didn't know what you'd get and for me that was the best part about M.U.S.C.L.E. My toy playing days were over, but like a lot of nerdy kids from the 80s who didn't want to grow-up, we played roll playing games instead. Me and a friend came up with our own game using M.U.S.C.L.E. figures. It was a simple dice game where each figure was assigned a strength number. Each player would put up one figure for battle. Taking turns, each player would roll a six or nine sided die. The number on the die would be subtracted from the strength number of the opposing M.U.S.C.L.E. figure and added to the strength number of the attacking figure. The M.U.S.C.L.E. figure that ended up with zero would be the loser and handed over to the winning player. Yes, we played for keeps!

Even though I quit buying the figures, these little weird guys who looked like rejects from a Mad Max movie continued to hang out in my room. Some would eventually die horrible lil' deaths from BB gun target practice. On a bored Saturday night, we even melted one in the microwave. Yep, we put the minotaur guy in the microwave and watched him melt into a bubbly mess of smokey pink and black ooze.

In the 90s, I eventually sold off the majority of the figures and only saved a handful of my favorites. Yesterday, I finally dug them out of storage and snapped some photos. 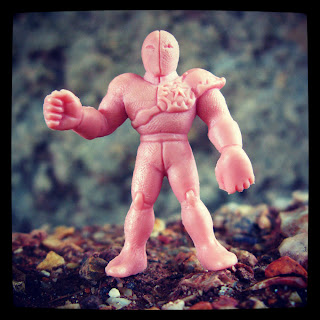 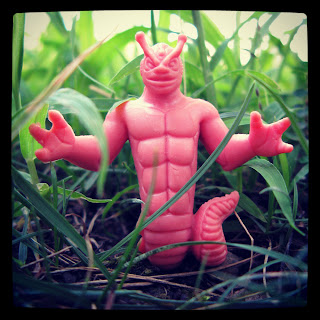 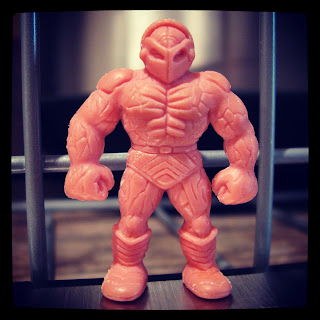 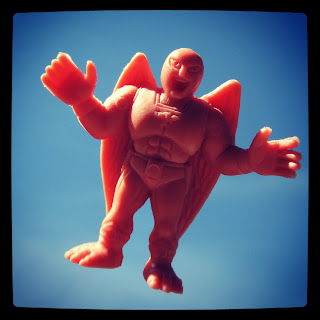 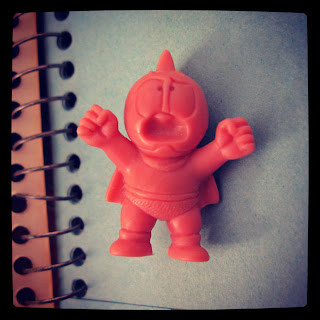 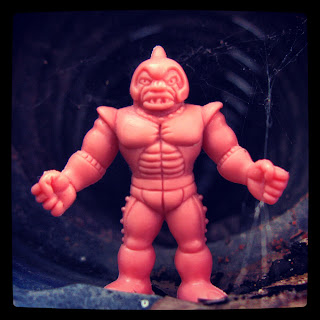 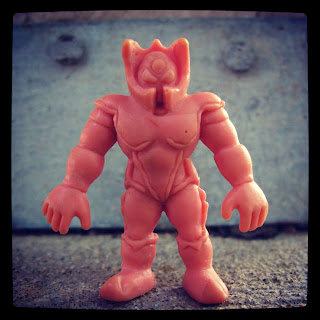 This guy reminds me of one of the slayers from the movie Krull. 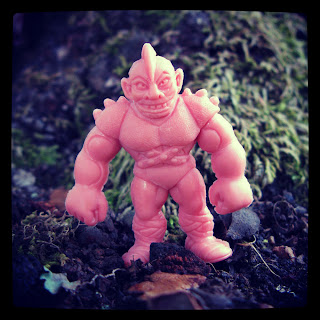 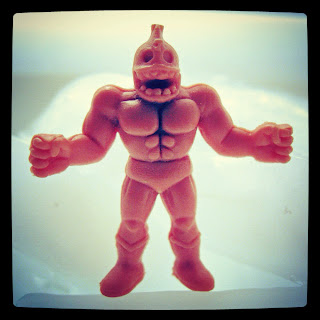 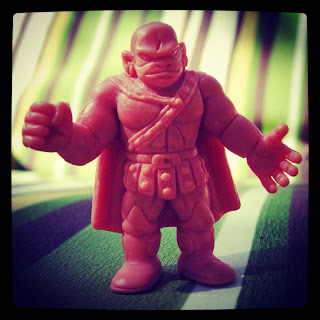 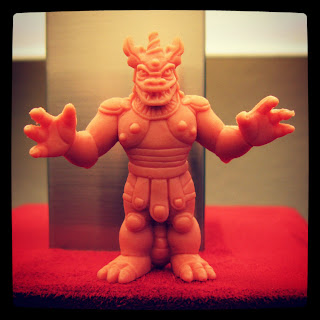 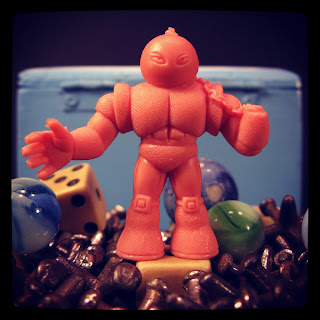 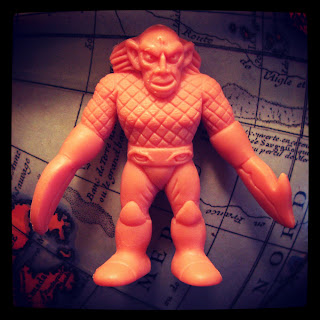 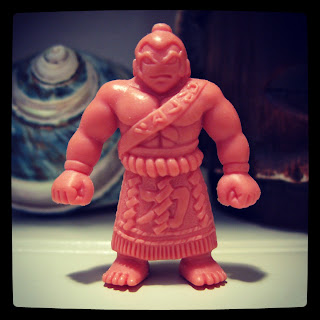 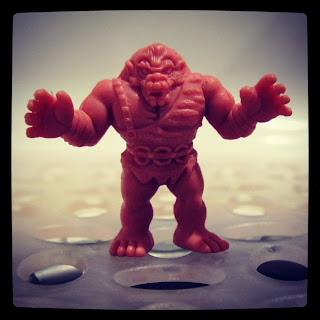 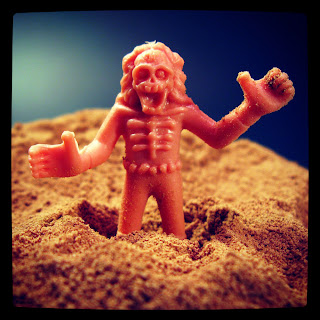 I remember getting this last M.U.S.C.L.E. guy free in a can of Quik. Too bad I didn't save the can because recently one sold on ebay for over $300. Click here to read about the Nestle Quik promotion.

Also, M.U.S.C.L.E. like figures are back in vogue with the release of O.M.F.G. by October Toys and S.L.U.G. Zombies by Jakks Pacific figures.
Posted by Mayor Todd Franklin at 3:27 PM

Email ThisBlogThis!Share to TwitterShare to FacebookShare to Pinterest
Labels: 1980's, Memories from the Mayor, Toys

Nice post-want to sell that sealed can? It probably would go for a lot on ebay

That dice gane you created was GENIUS, and I love that it was play for keep! #TheGambler