Unfortunately I missed a couple of weeks of LOEB posts, but this week I jump back on just in time for the League's Trading Post. Members were asked to put up some trade bait and I'm putting up eight 1950s plastic spacemen for a possible trade. This group of spacemen beamed into my collection a few years ago but I'm ready to let these guys go on a new space adventure.

This group was made by Archer back in the mid-50s as part of their second series of spacemen known as Moon Men in soft plastic. I know in the early 90s a set of reproductions were produced from the original molds but I believe these to be authentic from the 1950s. This set was in a box of toys that I picked up and included in the box were other Archer spacemen from their first set along with some other 1950s toys. 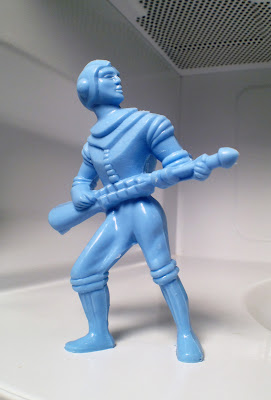 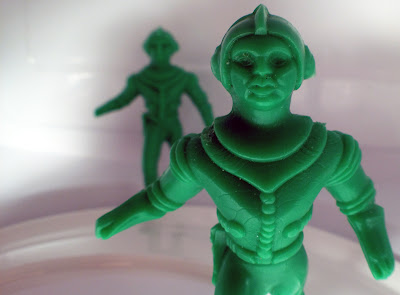 Two figures in this pose. 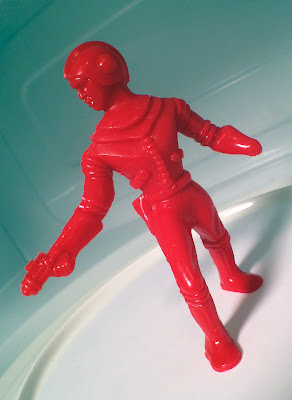 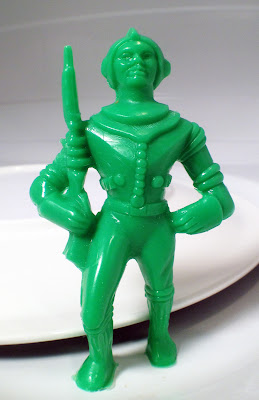 Two figures in this pose with one figure having a small hole between the rocket pack. 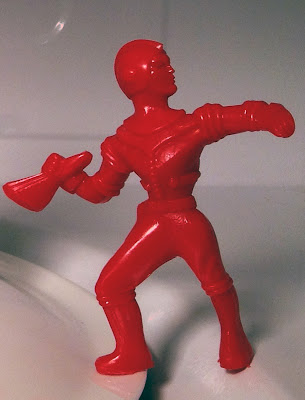 This guy must be a little drunk because he can't stand too well. 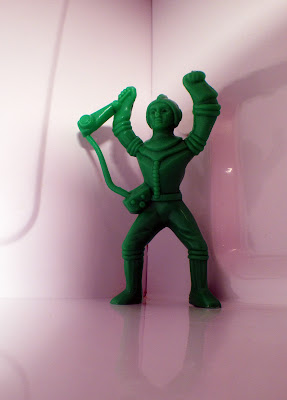 What am I looking to trade these space cadets for? I'll consider most anything neato cool of course. I might consider trading for other space stuff from the 1930s - 1970s or various character premiums. I'm a big fan of kids packaging from the 1960s - 1970s like cereal, candy etc. I might be tempted with 1970s and 80s action figures. No Star Wars, but I'm open to other lines. Only interested in loose figures.

If you have something you want to trade let me know in the comments section.

Check out some of the other League trading posts.
Cool & Collected has some 80s toys for trade.
Fortune and Glory (Days) has a very nice carded Kenner Indy figure.
Retro Toy Safari has a bunch of 1980s-90s G.I. Joe parts.
Posted by Mayor Todd Franklin at 4:37 PM

You are tempting me greatly with these guys. I'll have to dig around and see what I have that fits your "want" list. ;)