Hey kids! Pull up your bobby socks and get ready to duck and cover 'cause we're visiting the American Museum of Atomic Energy! I'm sure you've heard about that little project during WWII called the Manhattan Project, right? You know, atomic bombs and such. The souvenir beanie above is telling the truth when it says, "Oak Ridge, Tennessee is the home of the atomic bomb. This "secret city" sprouted up during the war years and in its factories the atomic bomb was built. After the war, the town shifted to civilian control. 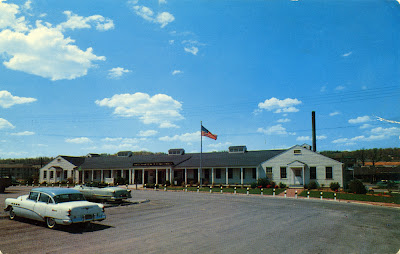 In 1949, Oak Ridge also became the home of the American Museum of Atomic Energy! This was the place to learn about the benefits of the all powerful atom. More importantly, it was the place where you could get a radioactive dime to take home as a souvenir! 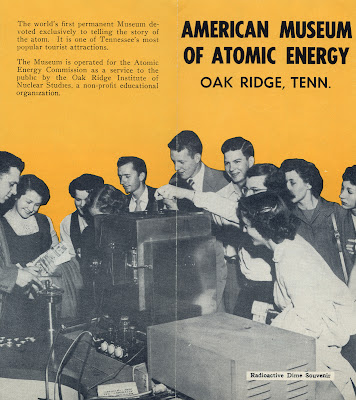 In the brochure pictured above, it looks like those teenagers are having fun feeding the machine dimes. Boy, that sure beats getting a wooden nickel for a souvenir!

Unfortunately, the dime didn't glow like my exaggerated example, but that's how I like to imagine it when it came out of the machine. In reality, the radiation faded away quickly and the dime was supposedly safe to stick in your pocket. (Click here for more info on irradiated dimes and here for another photo.)

The museum was much more than radioactive dimes according to these excerpts from the brochure. 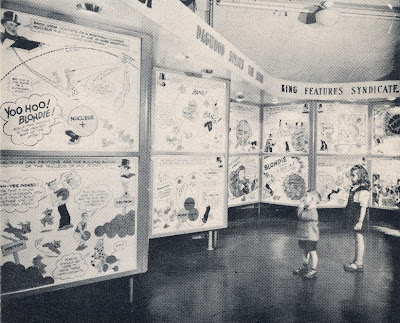 The Dagwood Splits the Atom exhibit looks like fun! Science is always better when explained by comic characters. Apparently this exhibit made the rounds to various fairs and museums. Click here and here to view the official comic. 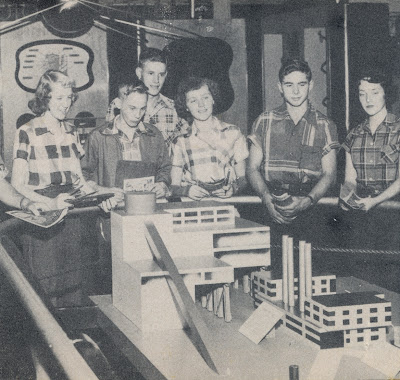 Here you get to see a schematic model of plants that helped build the atomic bomb. 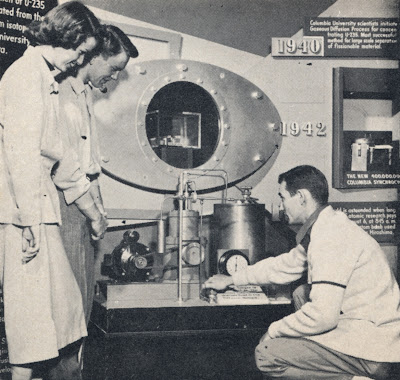 The first gas diffusion separation is on display. (You know, I really don't know what any of this means, but it sure does sound interesting! 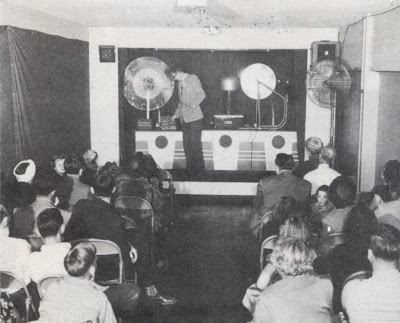 The Theatre of the Atom. I think this is where an audience member would get their hair zapped. Click here to see this gal get a new atomic hairdo! 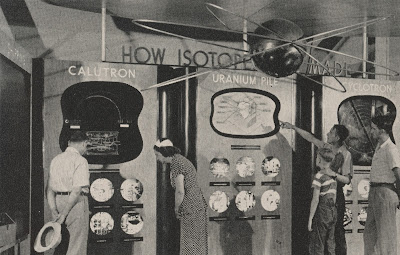 Museum patrons get to learn all about Isotopes! Click here to see the original photo that was used in the brochure.

The American Museum of Atomic Energy moved to a new location in 1975 and in 1978 the name was changed to American Museum of Science and Energy. Even though they don't have a dime irradiator machine the place still looks like a fun family outing.

I leave with you this very cool photo of a vintage bowling shirt from Oak Ridge. I snapped this pic at the Bowling Hall of Fame back when it was located in St. Louis, Missouri. 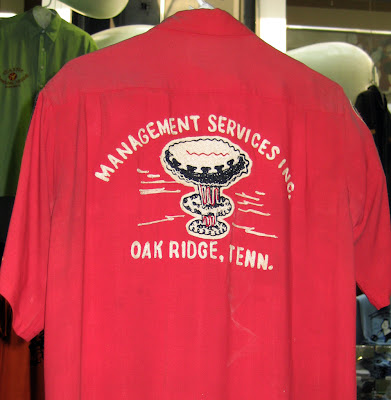 Nothing says family fun like watching films of atomic bomb tests. And yes, I would love to go there sometime. Great post NC!

Regularjoe - Thanks, I'll check it out!