SWEATSHIRT MONSTERS FROM LEAVE IT TO BEAVER 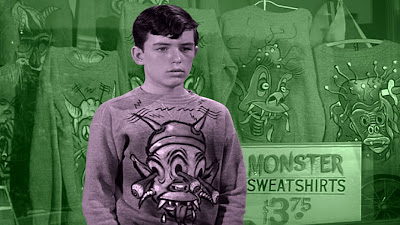 (Click on this image and use as a desktop wallpaper!)

Last year I picked up an old TV Digest from 1962 (see below) with a great Leave It to Beaver Halloween cover. I was hoping for something Halloweeny inside the mag, but it's strictly a television guide. There's not even a special Halloween episode of Beaver listed. Come to think of it, I don't think there ever was a specific Halloween episode for Leave It to Beaver. There were episodes that could have worked as a Halloween episode. Like "The Haunted House" episode from season two or the third season episode "The Magician." That one begins in Uncle Artie's Magic Shop with Beaver in a Topstone witch mask. 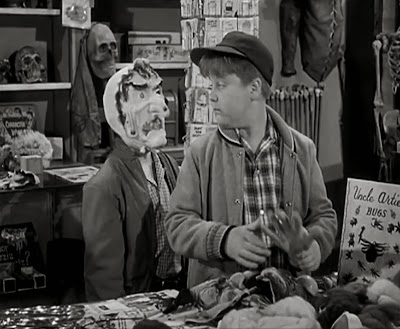 Instead of using one of those episodes, I chose to post about one of my favorite Beaver episodes as a go-along with the TV Digest cover. "Sweatshirt Monsters" from season six! In this episode, Beaver and his pals decide to buy some monster sweatshirts from Tildens Sporting Goods and wear the gruesome looking shirts to school. There's no need for me to spoil the episode, but needless to say, Beaver ends up in the principal's office. 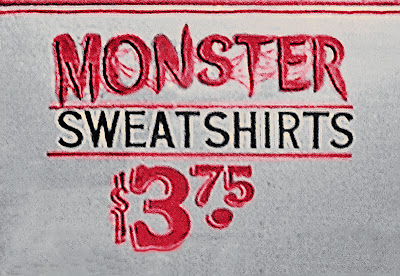 The stars of this episode are the swell monster sweatshirts that were inspired by the (weirdo) hot rod monster shirts by Ed "Big Daddy" Roth and other California airbrush artists from that same era. 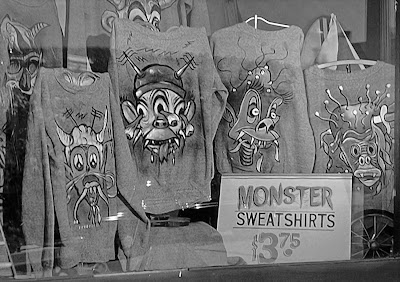 If I was in the 8th grade like Beaver and his pals, I would have also spent my allowance on one those shirts. Just look at that crazy artwork! It's hard to see in the store display, but there are seven shirts in the window. Versions of the shirts in front (with subtle differences) were worn by the boys in the episode. So we know there were two of each of the four shirts made. A set for the store display and a set for the actors. Hmm...I've often wondered if any of these prop shirts survived. Were they packed away in the costume department or were they given to the actors or crew afterwards? Also, I wonder who the artist was? Vincent Dee is listed as the costume supervisor, so I'm sure he had a hand in creating or at least choosing the artwork.

It's hard to see any of the shirts straight on and without any obstructions in the episode, so I've attempted to piece together the images of the main four shirts. 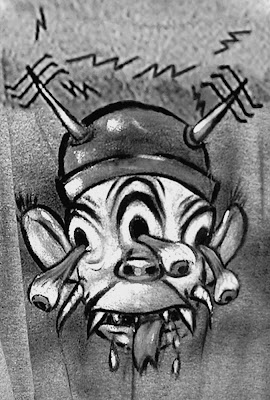 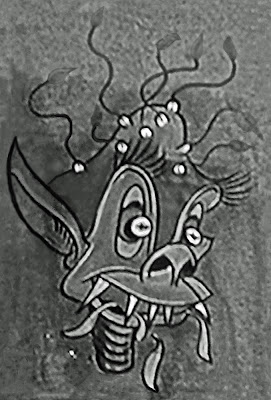 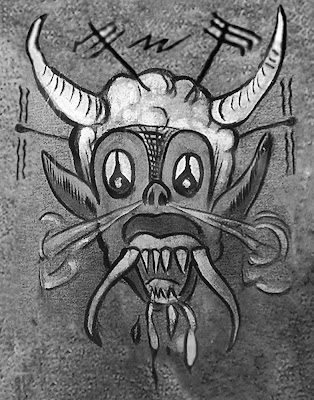 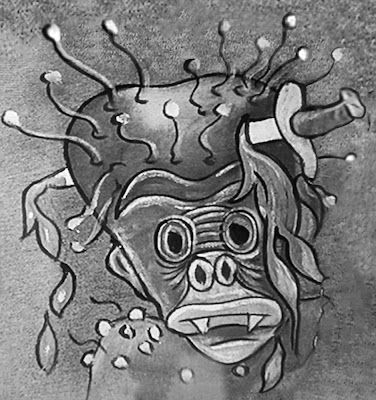 As for the three hidden shirts in the back, you need to use your imagination to fill in the blanks of what these might have looked like. 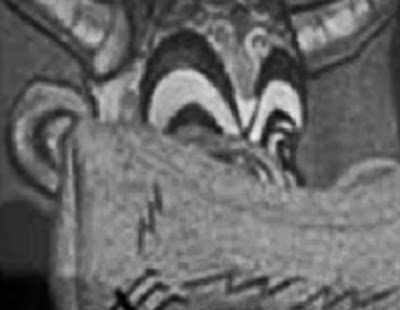 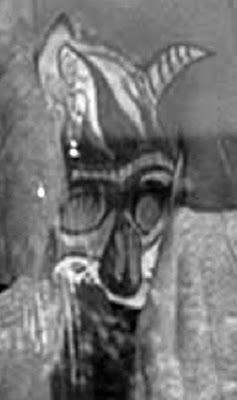 There's no telling what the original colors were, so for fun, I took a stab at colorizing the monsters. 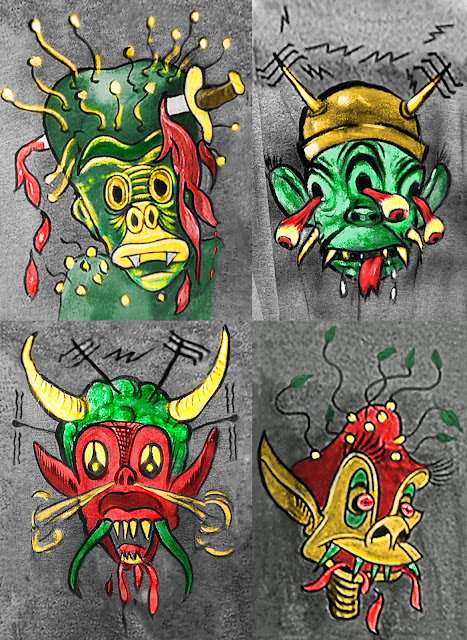 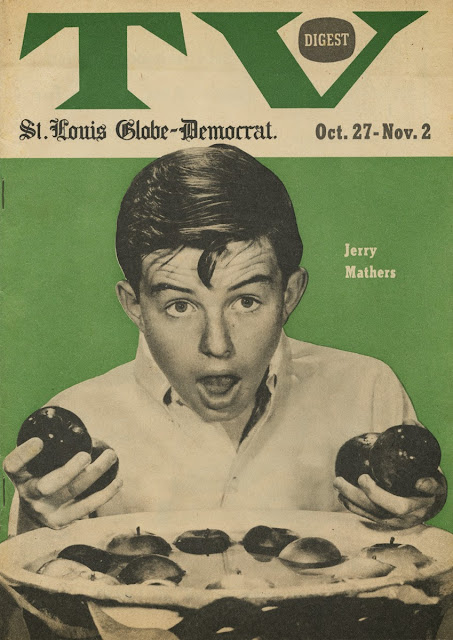 We finish with the TV Digest cover that kickstarted today's blog post! 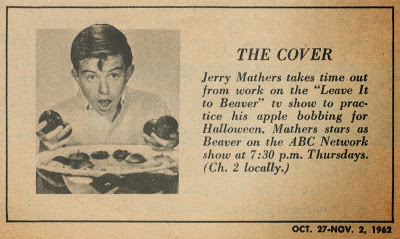 Happy Halloween from the Beaver!

Posted by Mayor Todd Franklin at 12:01 AM

Those shirts were sure memorable. It's shocking how many old sitcom memories are stuck in my brain. So much time spent watching reruns after school...