Congratulations to The King’s Speech for winning best picture at the Academy Awards last night. Even though I was pulling for Toy Story 3, it was an excellent film and worthy of best picture. I’m a sucker for period films and anything set in the 1930's. When viewing The King’s Speech I was hoping for a scene when King George VI and Queen Elizabeth visited the 1939 New York World’s Fair. Since this scene wasn't in the movie let's take a look at the real thing. Here’s an original snapshot from my NYWF collection of the King & Queen riding in a car at the New York World’s Fair on June 10, 1939. It was taken by a fair goer who was lucky enough to be standing in the right spot at the right time. 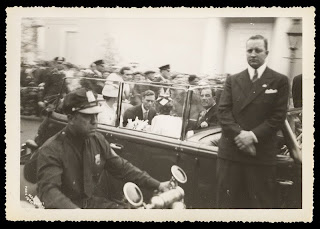 You can see King George in the center of the photo. Queen Elizabeth sits next to him with her head turned. The man with the mustache sitting across from the King is Grover Whalen, the president of the World’s Fair. It looks like the King is talking to Grover’s wife or at least that’s who I think she is.

As a royal bonus, here’s two magazine covers from 1939 featuring King George and finally a souvenir envelope from the British Pavilion at the 1940 New York World’s Fair. 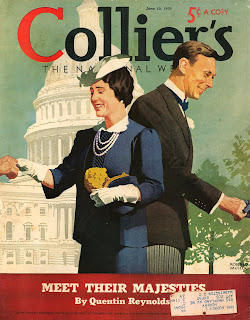 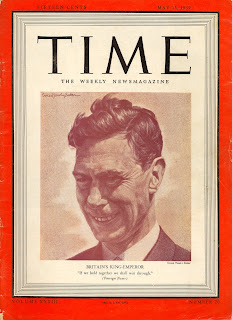 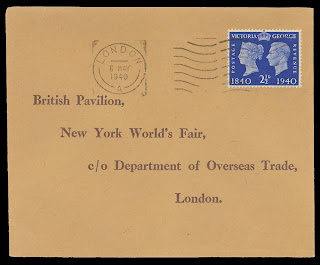 Email ThisBlogThis!Share to TwitterShare to FacebookShare to Pinterest
Labels: 1939 NYWF