Back during the 2007 Halloween countdown, I posted one of my favorite items from my collection, an original package of Kraft Wrapples! For this year's countdown, I'm happy to share a newspaper ad from 1974.

I love the artwork in this ad! (The art style looks really familiar. Anyone have any clues who the artist could be?)

Also, back in 2007, a few of us were trying to remember the jingle from the commercial. Now we know for sure as the fine folks over at The Museum of Classic Chicago Television unearthed the original commercial!

Wow, hearing the jingle and watching the commercial really transports me back to simpler days!

------Update------
Here's a different commercial and this one from 1978 features Johnny Wrappleseed!

Not sure why Kraft discontinued Wrapples, but I think they need to make a come back. Here's an idea! Everyone tweet @kraftfoods asking them to bring back #wrapples!

Wrapples need to make a comeback! 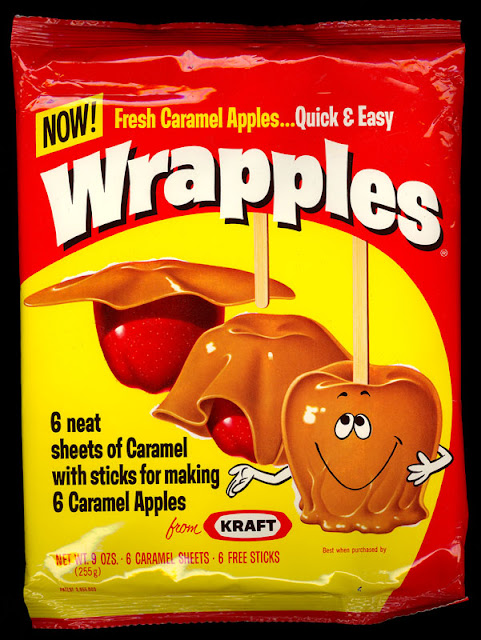 Apparently Brach's offered a caramel candy kit too. I don't remember the Brach's Big Dipper, but here's a fun newspaper ad from 1973. 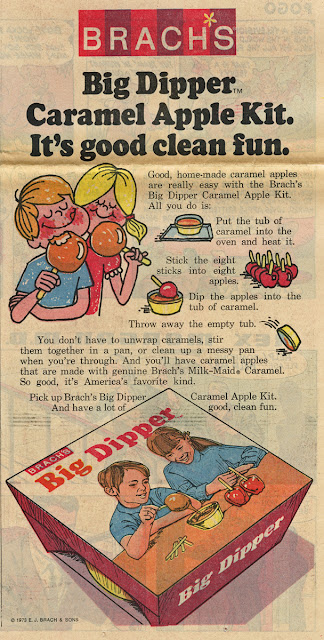 Posted by Mayor Todd Franklin at 12:56 AM