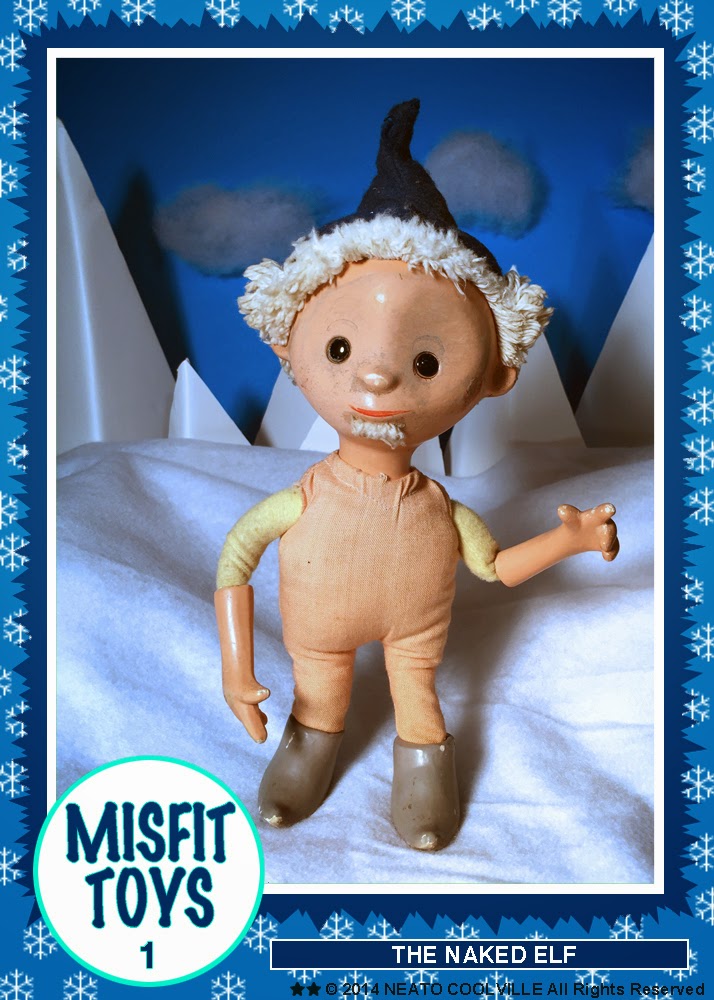 Meet our first misfit toy, The Naked Elf. I rescued this misfit toy from an antique mall during the holiday season of last year. When I spotted N.E. on the bottom shelf of a booth filled with collectibles and questionable antiques, he looked kinda down on his luck. The poor elf was half buried in happy meal toys and Beanie Babies. For some reason his black as coal glass eyes caught my attention when I was scanning the booth and I picked him up. I had never seen an elf doll quite like him before. He was much older than anything in the booth and his price tag was marked at eight bucks. Even though the price was right, N.E. was one dirty elf and was naked as a frozen jaybird on the North Pole. I decided I didn't want to spend my money on an incomplete toy. After striking out in the rest of the antique mall I didn't want to leave empty handed and decided to add The Naked Elf to my small collection of misfit toys. Now he's The Naked Elf on the shelf! 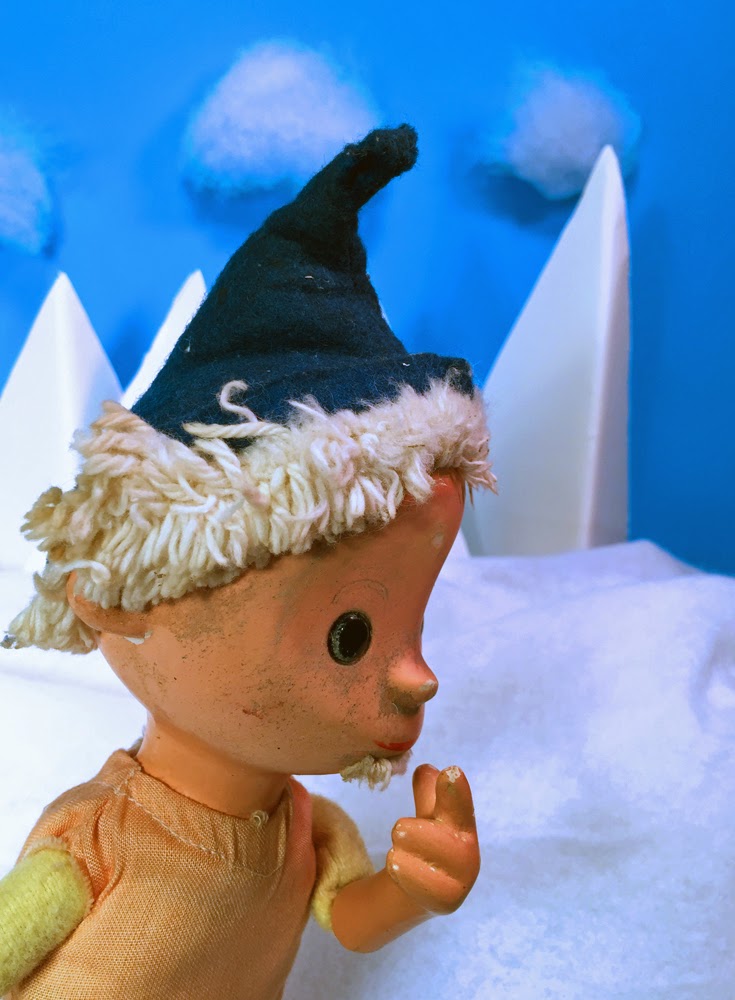 I took him home and cleaned him up the best I could. Some of the dirt has stained his composition face, but that just ads to his character. I think he's kinda like Pigpen from the Peanuts...only naked. 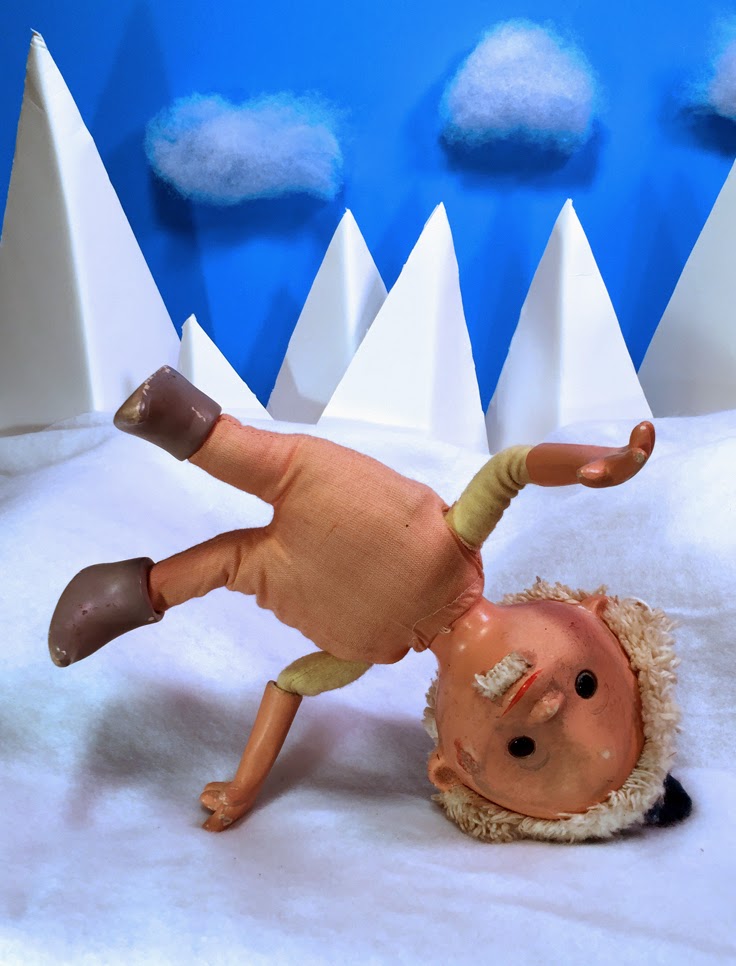 He's very flexible and likes to do cartwheels during his morning workouts. The other misfit toys try to look the other way when he does this. No one wants to see a naked elf doing calisthenics. 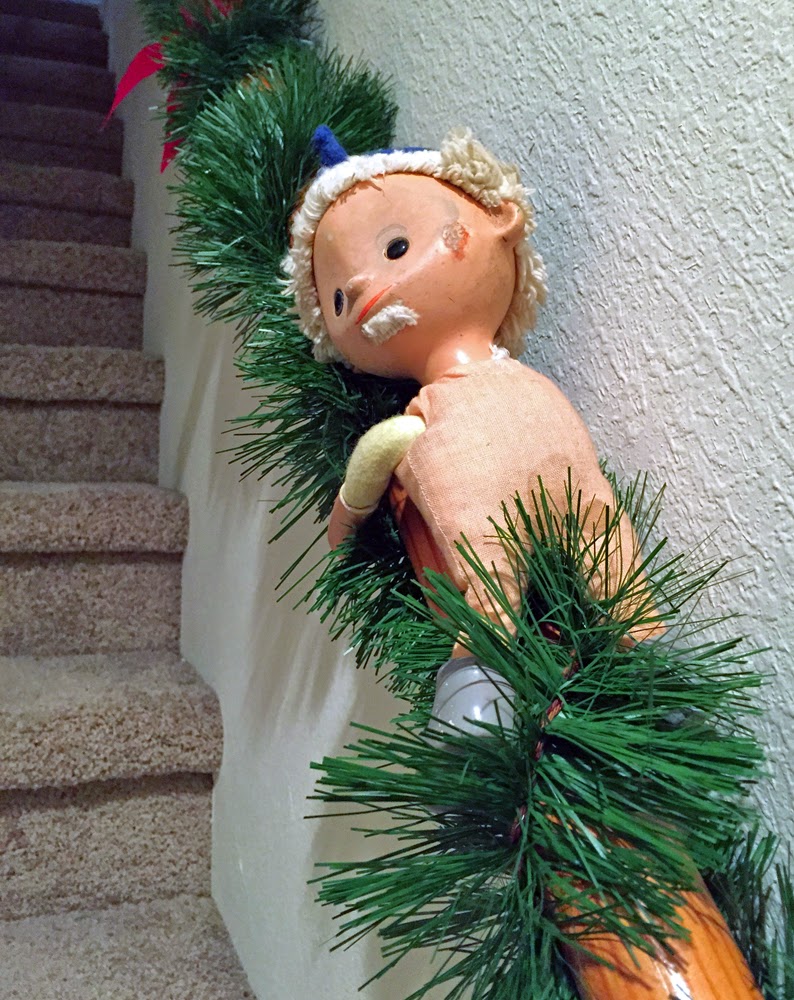 He has the reputation of being a little imp. He's a bit on the mischievous side and sometimes we have to keep him from sliding down the banister.

Check back tomorrow when we meet Misfit Toy #2!

I think what you found is a east-german Sandmännchen (you might want to search the internet for more info), only with a chopped beard and well, naked. Cool find!