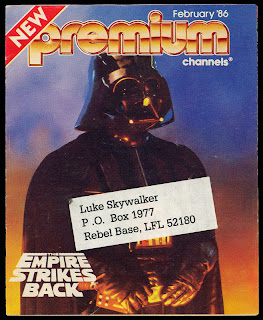 Good thing Luke saved this instead of tossing it into the trash compactor. This issue features the cable premier of the drama based after Luke’s dysfunctional family. 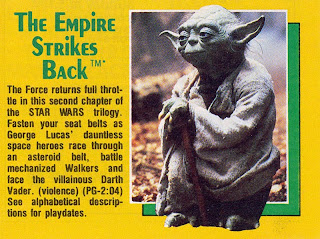 I heard that after the destruction of the second Death Star, Luke became a Cable TV junkie. He subscribed to more than one hundred cable channels, including every movie channel known in the galaxy.

Posted by Mayor Todd Franklin at 12:04 AM

I think the dysfunctionality of Luke's family is understandable if you interpret the address as being Lower FLorida.