For a Star Wars 30 Days For 30 Years post back in 2007, I shared pages from my homemade Star Wars sticker book. Here's the last pages of the book with the Empire stickers. 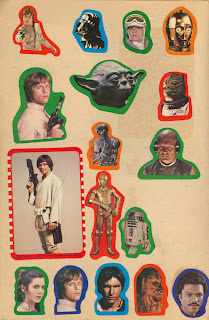 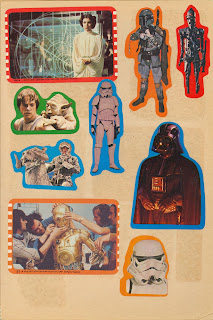 Empire stickers are creeping in on the Star Wars stickers. 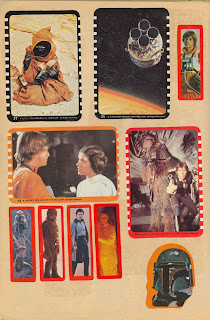 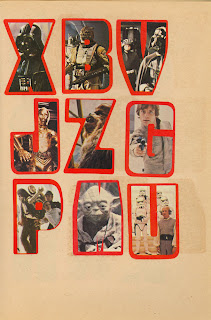 I really liked the letter stickers, but it seemed I never had enough to spell anything. Yeah, I could have waited until I got more letters, but having an unstuck sticker card is like having a quarter in your pocket at the arcade. A sticker must be stuck right away or at least that was my thinking at age ten. 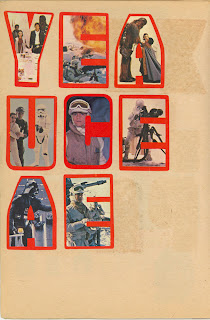 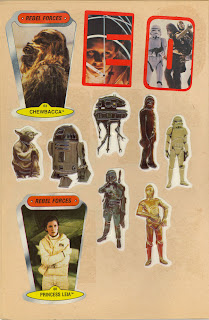 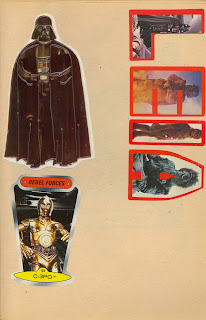 Wow, it was neat when I had enough letters to spell three character names from the film - Leia, Todd and Luke. 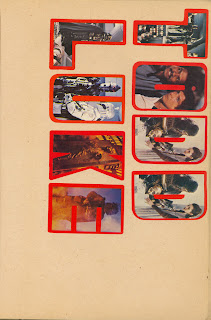 What, you don't remember Todd Skywalker, Luke's kid couzin? Yeah, you'll see him running arond Echo Base in the background shots and then again walking the hallways with his parents in Cloud City. Gosh, I thought everyone knew about Todd Skywalker! 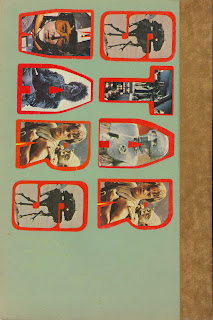 I like my snazzy back cover. I think it took me forever until I had enough letters to spell Star Wars.
Posted by Mayor Todd Franklin at 12:02 AM

Very cool. I wish I had these.

I completely forgot about these stickers. I had a load of them from Star Wars when I was a kid.