Today marks the 50th anniversary of a 1880's city. Don’t worry, your math ain’t off ‘cause I’m talking about the 1880's Ozark frontier theme park known as Silver Dollar City. It was on May 1, 1960 when the Herschend family first opened the doors to Silver Dollar City in Branson, Missouri and generations of folks have many fond memories of the place.

Before I ramble on with my memories, you can catch a slew of old time memories at Silver Dollar City’s special 50th anniversary website featuring lots of photos, history, guest memories and music downloads. (Gotta love the audio download from the extinct attraction Rube Dugan's Diving Bell. It features the voice of the great Slim Pickens)

As far as I know, Silver Dollar City was the first theme park that I visited and the park made an impression as I’ve been a connoisseur of theme parks ever since. 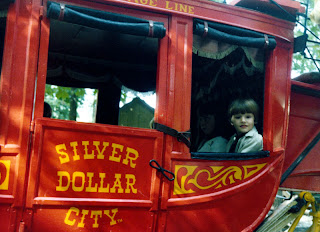 Yep, that’s a little me getting ready for a ride in a stagecoach.

Below is a brochure and map from 1973. Click on the map for a closer view. 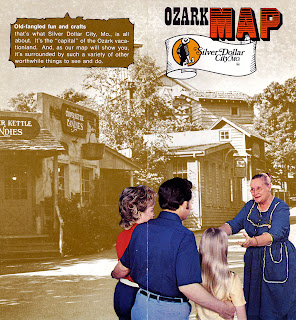 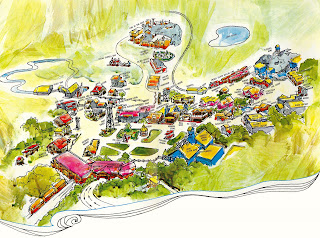 Most of my early memories blur together, so primarily I remember the atmosphere of the park. Hillbilly music in the background, being approached by Ozark characters, watching craftsmen work and the smells of down home cooking. Oh and the talking bucket!

A tradition that still continues (I think) is that most kids become Deputy Sheriffs when they’re given a five-point star badge. 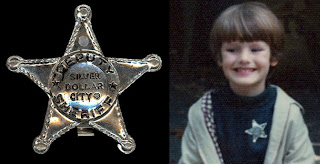 I became a deputy back in the mid-70's and it looks like I’m very happy with my new responsibility. 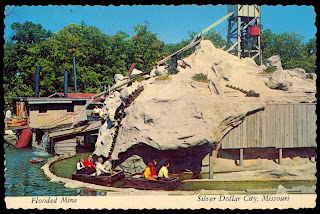 My favorite ride/attraction is the Flooded Mine. A dark ride that houses a bunch of rowdy prisoners that have taken over the flooded mine. Kind of a poor mans Pirates of the Caribbean where you take a boat ride and view all the crazy antics of the prisoners. This ride always scared me when I was little, but I kept wanting to ride it over and over. Unfortunately, in recent years they turned it into an arcade style shooter ride, which takes away from the attraction. Still, I need to ride the Flooded Mine every time we visit Silver Dollar City.


Really, the main attraction is visiting all the craftsmen shops and watching them create amazing pieces of art just like folks did in the 19th century. They always say never to take a wooden nickel, but here's one that my dad picked up in the 1970's from the Ozark Mountain Woodcarvers shop. 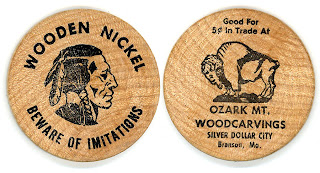 Whenever anyone brings up Silver Dollar City, my dad shares his memory of when the family entered Grandfather’s Mansion, a spooky themed gravity house. As all the adults struggled with their balance, I walked thru the mansion without any problems and apparently I didn’t know what was wrong with all the crazy adults. I have no memory of this since I was just three years old.

I was flipping thru the family photo albums and found these snapshots that my dad took back in the late 1960's. 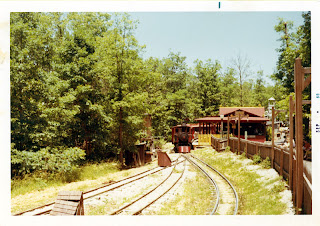 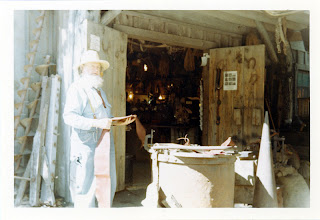 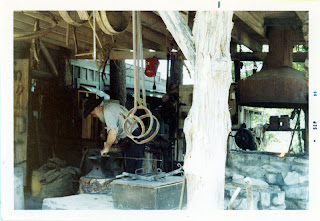 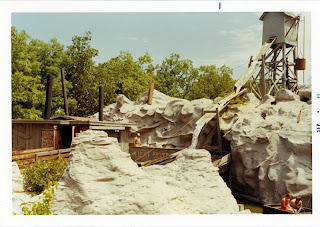 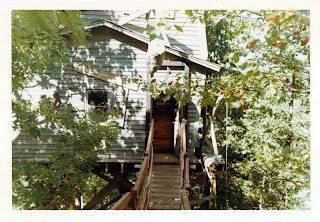 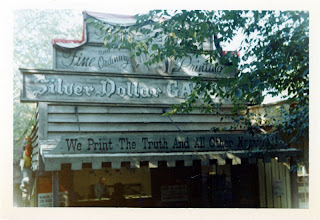 After looking for stuff for this post I realized I have enough items for a flickr set on Silver Dollar City and you can visit that here. I'll be adding more SDC stuff in the next day or two.

If you plan a trip to Branson, be sure to visit one of the friendliest theme parks in the world. It still has the charms of yesteryear and at the same time caters to the modern theme park trends.

Email ThisBlogThis!Share to TwitterShare to FacebookShare to Pinterest
Labels: Memories from the Mayor, Theme Parks

Nice post NC. It is pretty strange that our railroad pics are pretty similar. It was probably around the same year too.

Wow. We had a Silver Dollar City in Tennessee as well. It is now Dollywood.

Hmmm, I have some photos of a Silver Dollar City, I wonder which one it is? I think the photos are from around 1980 or so...

Mike - That must have been the spot for a photo.

Those are some great pictures of Silver Dollar City! The park opened in 1960, so some of the photos on the page are of a brand-new park back then. That's really neat that you posted these!