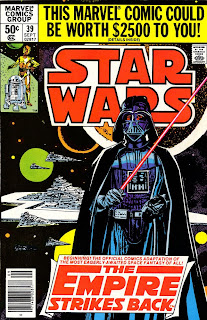 It was a thrill for me back in 2000 when I met the amazing Al Williamson at the San Diego Comic-Con. He signed for me the first issue of his Empire Strikes Back adaptation. 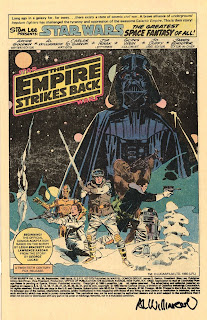 Later that day, I ran into him on the convention floor and started up a simple and short conversation. It was one of the highlights of the convention.
Posted by Mayor Todd Franklin at 1:00 AM

A great adaptation. I bought the paperback sized collection and was so relieved to find it in color. Marvel's tiny collection of the first movie being in badly repro'd b&w.

Signed copy, bet you are treasuring that one.

Hard to believe that he just passed away. He was the greatest.

Yeah, very sad that he's gone. Yes, one of the greatest.