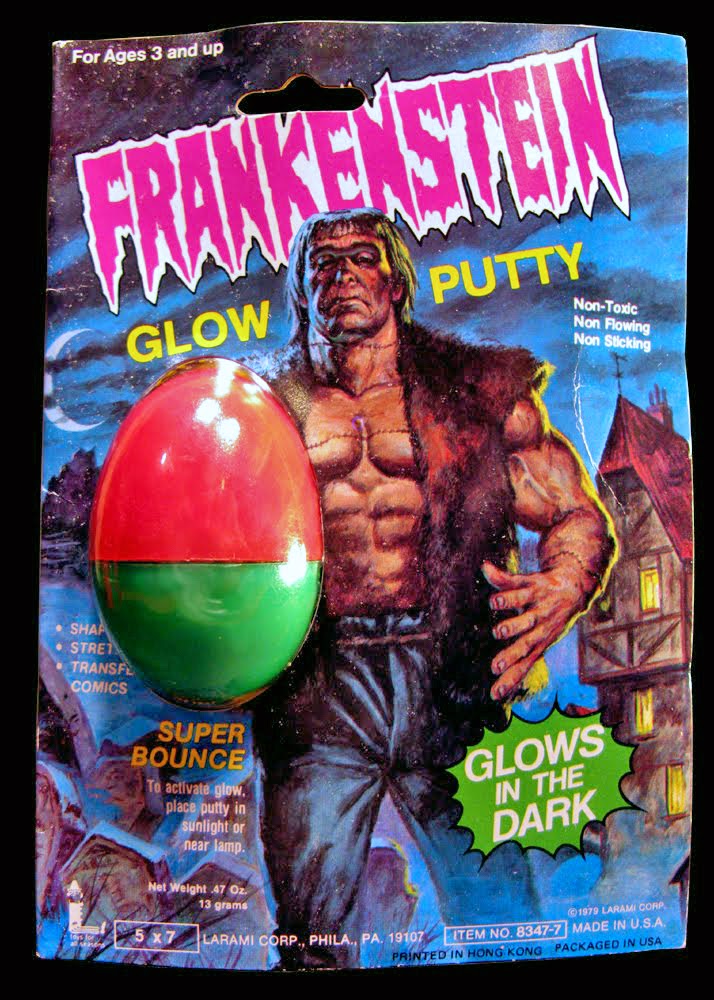 I've blogged about Frankenstein Glow Putty before. The first time was way back in 2006, during the infancy of this blog. Frankenstein Putty showed up a second time in 2010, when I added the Dracula Glow Putty to my collection. As you can tell, Frankenstein Glow Putty is a special artifact from my childhood. Since I hold this 1970s toy in such high regard, I have a fun treat for your Halloween bag today. But first, a time travel trip down memory lane.

Cue wavy lines and sappy music. Okay, we're now in the year 1978 and my eight year old self is cruising the toy aisle at Wal-Mart. It was always toy overload in that toy aisle. So many toys! From Star Wars to Shogun Warriors, Wal-Mart had it all. Sometimes this toy cornucopia aisle would make my stomach hurt. The pressure on what to buy with my three buck allowance was way too much. Usually, I went with a Star Wars figure and got the heck out of there, but on this day in 1978, I spied something different. It was the Frankenstein Glow Putty! Wow! I'd never seen that before. As a kid, I'd go through a baker's dozen of Silly Putty eggs each year. I loved the stuff! The combo of Silly Putty, my favorite monster Frankenstein and glow-in-the-dark powers made for a quick and easy decision that day. "Sorry, Star Wars Walrus Man, I'll have to buy you next week!" In the car riding home, I shredded the neat packaging and popped open the plastic egg. The little glob entertained me all the way home. Later that night when I was supposed to be asleep, I played with my Frankenstein Glow Putty. I charged it with the flashlight and then turned it off for the glow action! This putty really glowed! Of course with any kind of "silly" putty, the temptation was always too great not to roll it up into a ball and bounce it. That's exactly what I did with my glow putty. I bounced it off my bedroom wall and unfortunately it disappeared into the darkness. I got out of bed to look for it and sure enough I found it under my foot, embedded into the gold shag carpet. I was able to pull some of the putty out, but wasn't able to get the rest of it. The bad thing, is that we just moved into our new house and the shag was brand new. It still had that new carpet smell and everything. I don't think I slept too well knowing how much trouble I'd be in the next morning. After a scolding over breakfast, we tried our best to remove the putty, but no luck. For many years after, I had a small glowing spot on my bedroom carpet. A reminder of my Frankenstein Glow Putty.

Sometime in the 1990s, I found some Frankenstein Glow Putty still sealed on the card. I've enjoyed it in my collection ever since. Recently, I noticed the glue that holds the cardboard together, had finally dried up. My card was open. I was bummed at first, but noticed a great opportunity to scan and clean up the artwork for you guys during this Halloween countdown. Enjoy this large scan of Frankenstein Glow Putty minus the glow putty!! 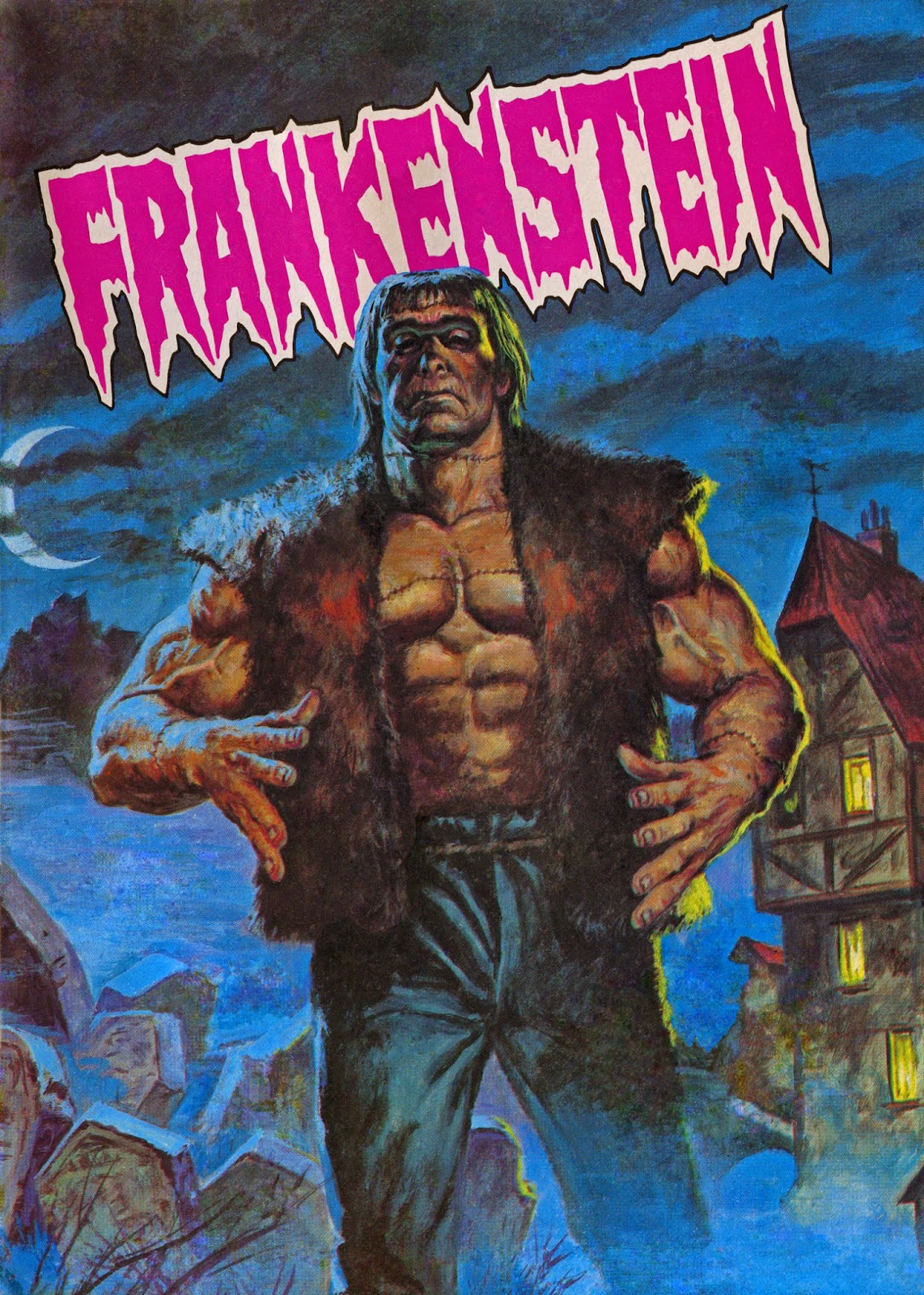 By the way, the putty still glows!!!! Don't worry, I'll be sure to keep it away from shag carpet.
Posted by Mayor Todd Franklin at 12:00 AM

This brings back a very hazy memory I have of alien glow in the dark silly putty that I had probably the same time frame (1977 or 1978) when I was like 6 years old. Thats a pretty amazing job you did cleaning up the pack seeing how much of it had writing on it to start wit.

You have made a great contribution to the internet with that package art. Seems like any time I've seen these the pack is pretty messed up. This is a true asset.

Bro Midnight - I've seen the Alien putty at toy shows, ebay etc but I don't think I ever saw it back when I was a kid. Neat that you have a childhood memory of it. Thanks for commenting!

Kird - Thanks! Maybe the glue on my Dracula Glow Putty package will dry up by next year. If so, I'll clean up that image too!