Yesterday, I showed you one of my favorite ads growing up, the Invisible Man for Scotch Magic Tape. In 2012, when I originally blogged about the Scotch Tape Invisible Man, I listed a few other famous invisible men from pop culture. One of those invisible men was from a 1960s commercial for Code 10 Hair Dressing. At the time, I wasn't able to link to a commercial online. 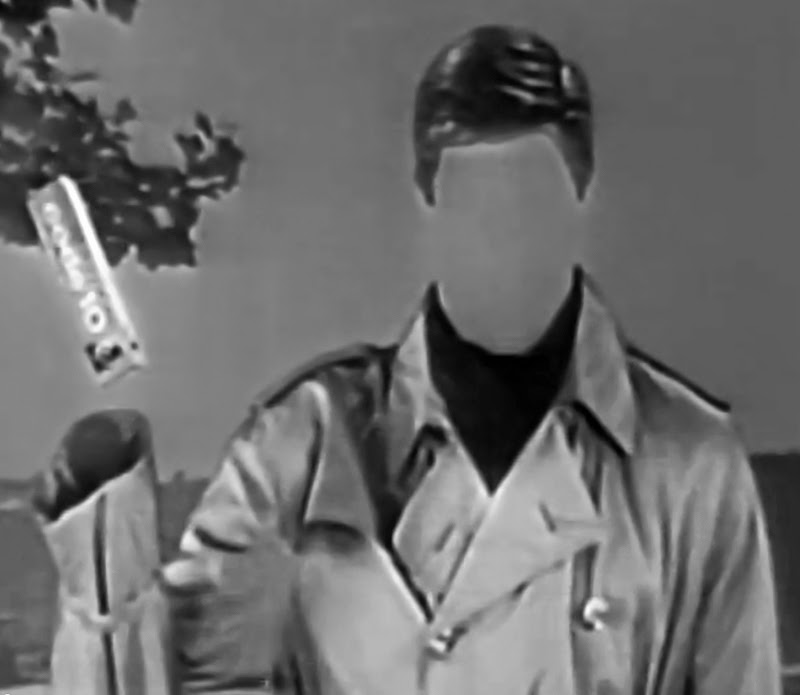 Recently I noticed a commercial finally showed up on YouTube! So here's Code 10's Invisible Man.


This commercial is probably from 1963 and I like how it plays up the whole spy fad of that era. The invisible spy is reminiscent to 1942's Invisible Agent from Universal Pictures. 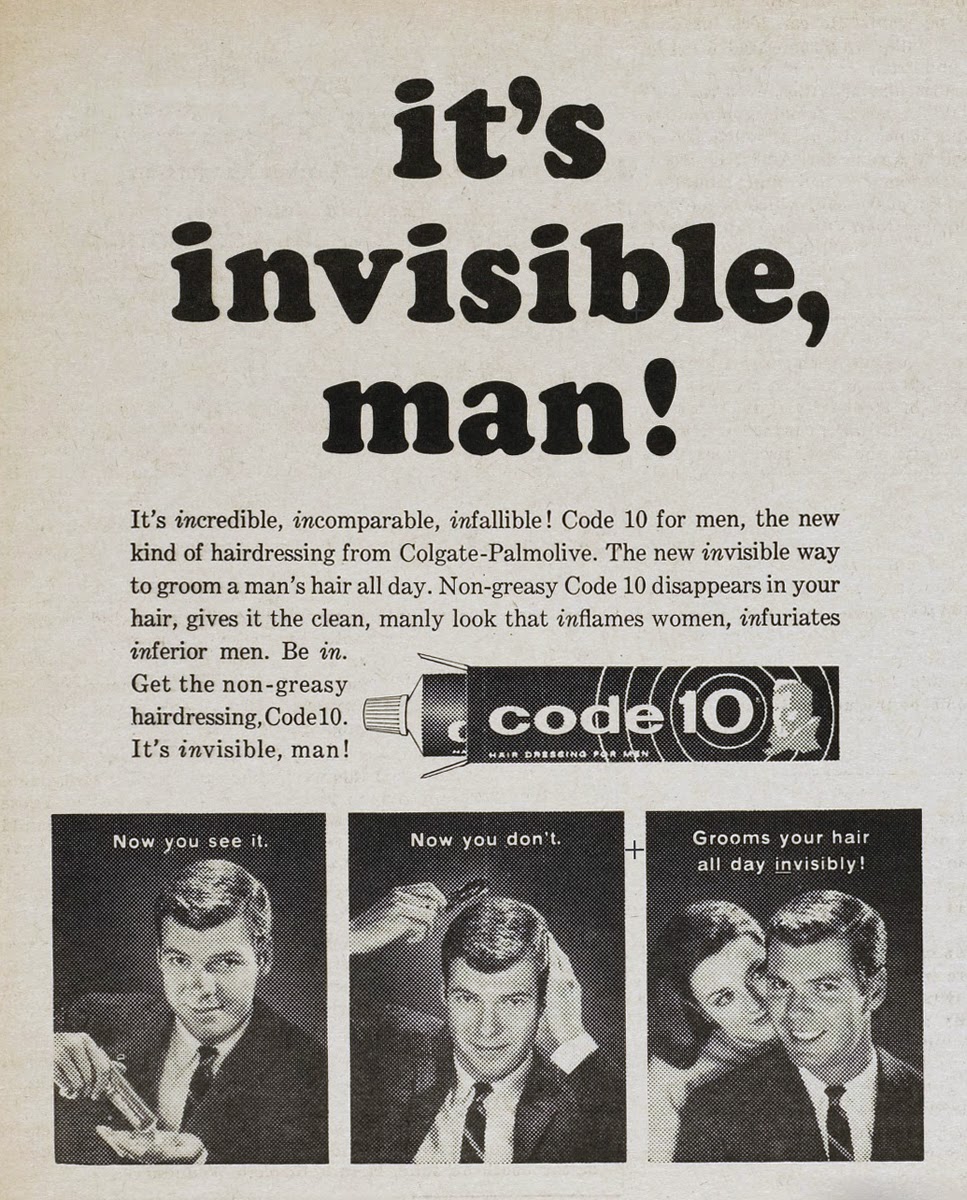 Wow, that Code 10 must have been powerful stuff. This magazine ad from 1963 says it "inflames women and infuriates inferior men."