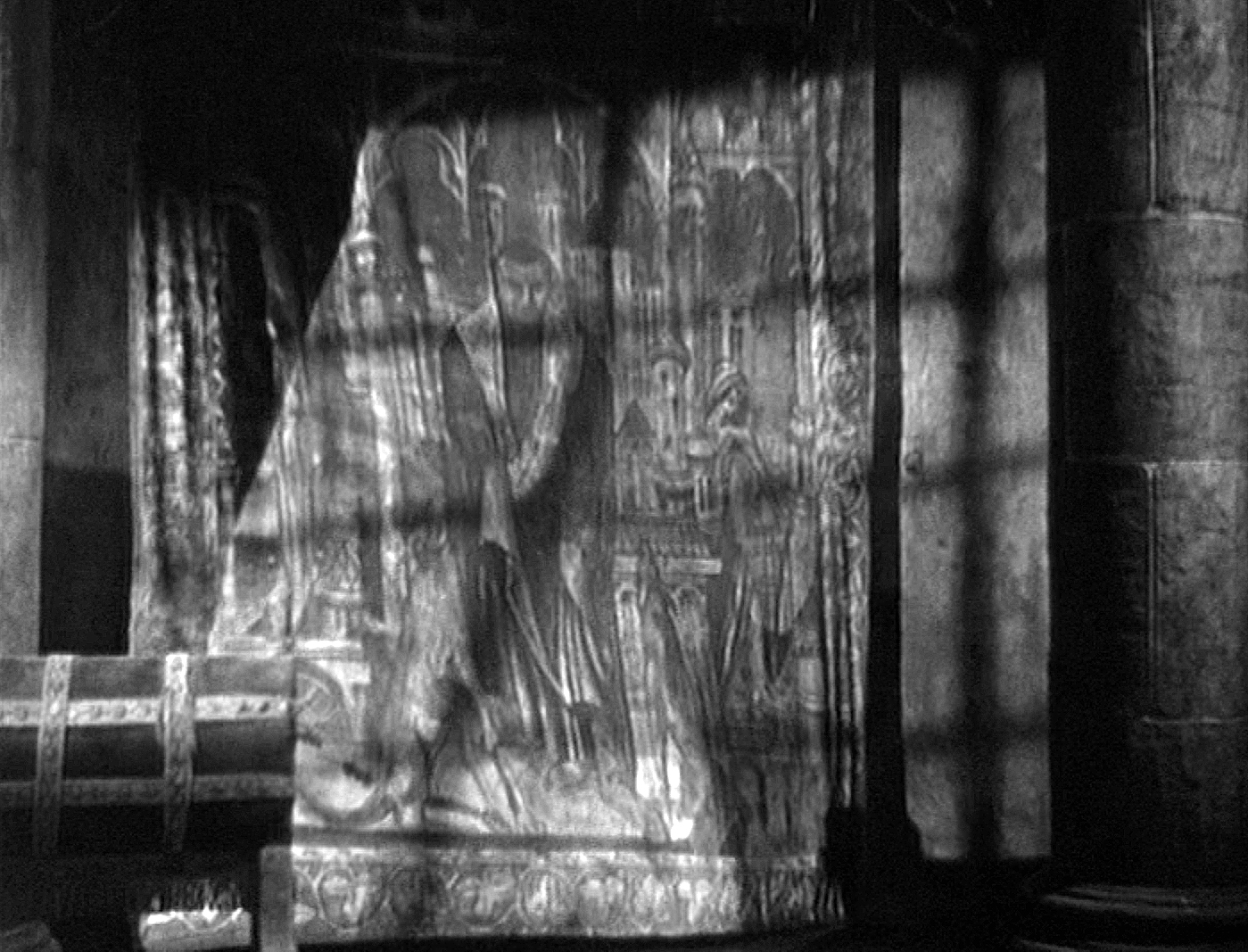 The other night I was watching Dracula's Daughter. The 1936 sequel to Dracula. I've seen this movie a handful of times since I was a kid and I spotted something that I had never noticed before. Towards the end of the movie, a character runs behind a large tapestry. On the tapestry is an image of Bela Lugosi as Dracula (or maybe as Vlad the Impaler). I hit the slo-mo and pause buttons over and over, marveling at this amazing looking tapestry.

If you're not familiar with Dracula's Daughter, the film begins soon after the events in Dracula. Countess Marya Zaleska, Dracula's daughter, shows up and swipes the body of Dracula. She burns Dracula's body in hopes of breaking the vampire curse. It doesn't work and she continues to thirst for blood.

The film suffered many problems for Universal including a revolving door of screenwriters, recasts, battles with censors and budget issues. Besides his likeness of a wax dummy and his likeness on the tapestry, Bela Lugosi did not reprise his role as Dracula. A real shame, because in a few of the early drafts, the movie begins in the 14th century and features the origins of Dracula. The tapestry must be a holdover from those unfilmed scenes. 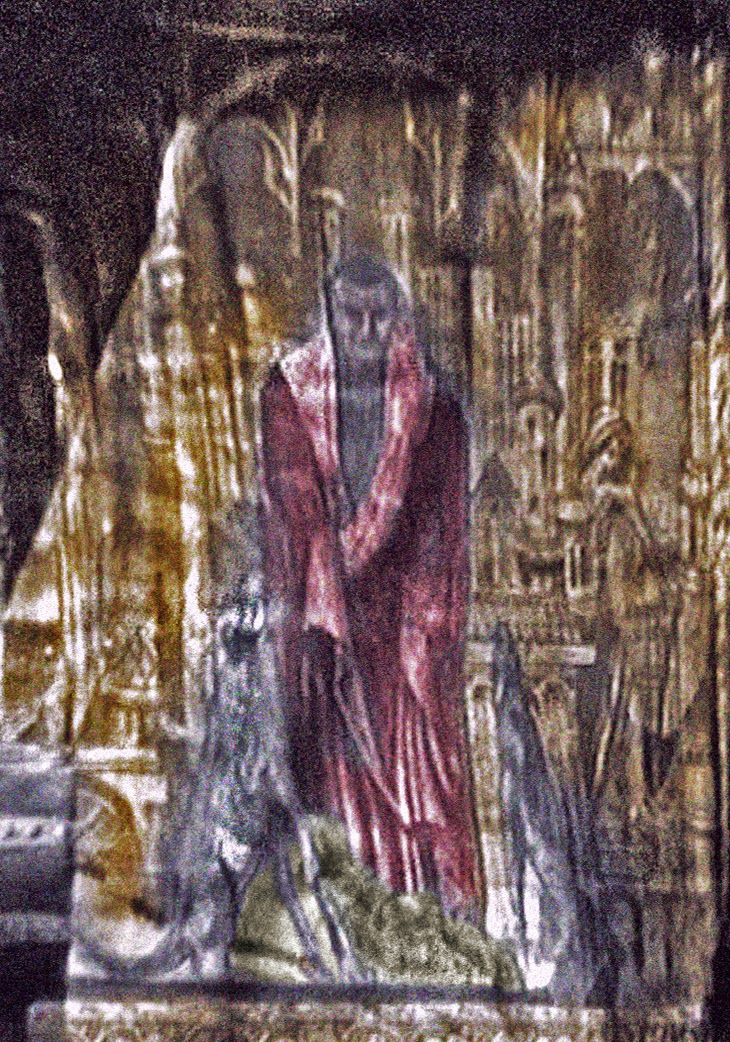 I went ahead and added some color to the tapestry hopefully making it easier to see some of the details. Bela Lugosi/Dracula stands wearing robes instead of his cape and what looks like two (hell)hounds stand at his side. Is he portraying Vlad the Impaler? I wonder what happened to this amazing set piece? I would like to think that it's sitting in an old trunk waiting to be discovered. Since it looks like it was painted on canvas, more than likely the paint was probably stripped and the canvas was used for something else. After all, Dracula's Daughter was the last of the first wave of the Universal monster films and for a few years it looked like Universal had ended their monster run permanently.

I made this GIF so you can see how it moves in the film. I'd like to see someone attempt to recreate this amazing piece of film history.

Amazing! It is probably lost, although part of me hopes it is somewhere safe, in the hands of someone who appreciates it.

Caffeinated Joe - Me too!