From Aug. 1977 is this British magazine called Films & Filming. On the second page you'll notice that Ben Kenobi is listed as Ken Kenobi in the caption. Of course this is just a typo as the next photo down on the same page has his correct name. 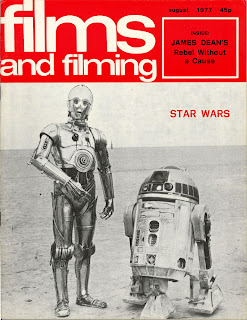 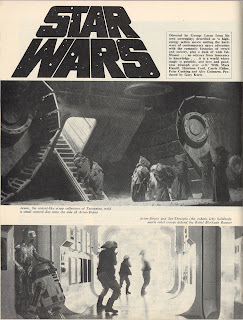 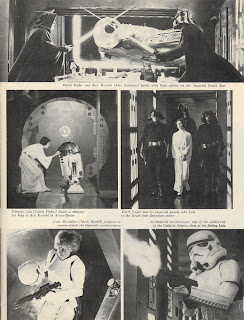 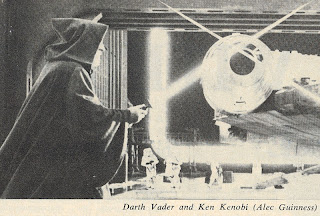 If Star Wars was a comic book during the 1960's and was written by Stan Lee, we probably would have names like Ken Kenobi, Steve Skywalker and Vince Vader!
Posted by Mayor Todd Franklin at 8:34 AM

That's a blast from the past! Thanks for posting that.

You gotta love the second picture on the first page. Nice mag!!