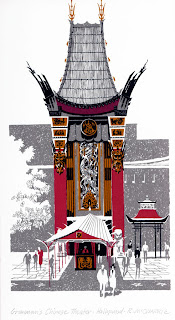 SOUVENIR PRINT BY RALPH McQUARRIE
For most movie fans and especially Star Wars fans, the Chinese Theater in Hollywood, is sacred ground. It started with the premier of Star Wars at the legendary theater on May 25, 1977 and with only one interruption, Star Wars played there until June of 1978.

I remember as a kid reading an issue of SuperMag all about Darth Vader, C-3PO and R2-D2 having their footprints immortalized in cement in front of the Chinese Theater and I thought it was one of the coolest things.

I finally got to see those footprints along with the Chinese theater back in 1999. Everyone should try to visit and see a movie at this theater at least once in their life time. 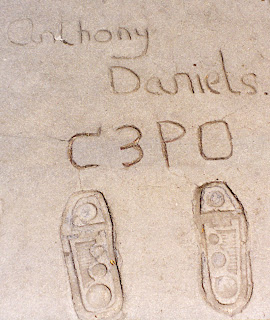 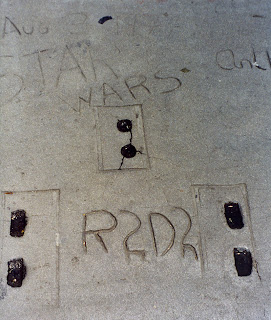 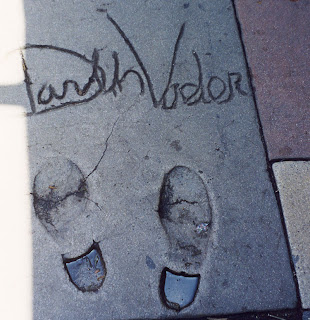 Back when I was a kid, I wondered if David Prowse was in the Vader suit? He indirectly answered this 30 year old question two weekends ago at a Kansas City Comic Convention. I asked him if he had ever made any public appearances as Darth Vader after the movie was released. He said that he did four public appearances and they were all in England. He quit doing them, since he was always being mobbed by adoring fans. Now the new question is, who was in the Vader suit at the Chinese Theater? 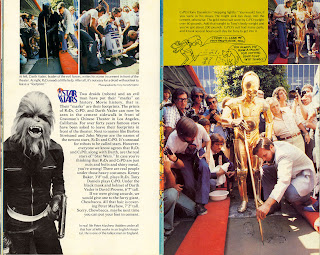 George Lucas would add his prints in 1984 and Harrison Ford would follow with his in 1992. 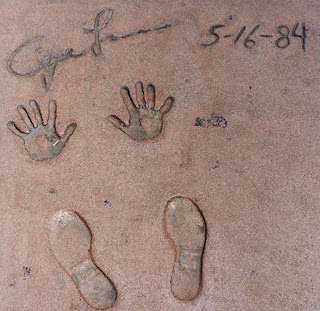 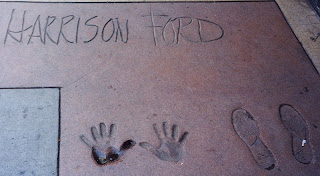 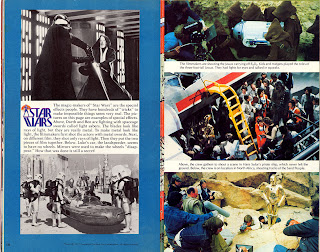 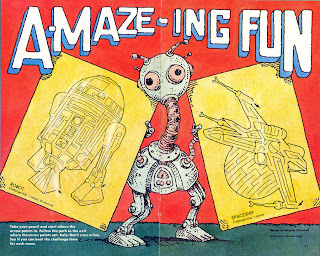 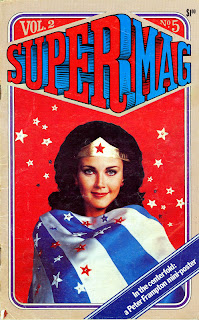 Posted by Mayor Todd Franklin at 9:35 AM

Forget Star Wars. You should have posted the Lynda Carter pages!

Great cover on Supermag. When I moved to Los Angeles about 10 years ago, I went with a bunch of friends to the Chinese Theater to see, unfortunately, "Volcano" (though it was very useful as I watched the lava spread across L.A., I could test how far my orientation within the city had progressed). The first thing I did when I was outside was to look for all the "Star Wars" footprints.

The amazing thing about all of the hand and footprints in general, is how tiny most of them are. Little did we know that ALL of the movies made in Hollywood were really "Terror of Tiny Town."